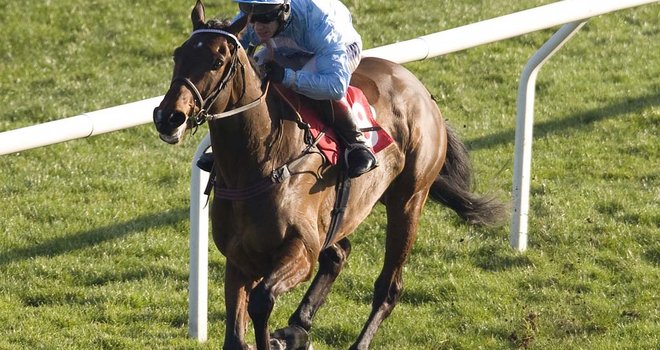 Such is the nature of this crazy game, us value punters can go from feeling like crap to feeling on top of the world within the space of a few minutes. Solar Spirit (11/1 adv) was the first to run and despite being a bit keen for his own good in the early stages, he still found plenty within himself to get up to score a shade handily over a C&D that he's clearly suited to. As is usually the case, he showed plenty of raw speed and although a rise in the weights will make things tough, I'm fairly sure that he can win again when getting his optimum conditions. When he'll get those again is the question but he's certainly more reliable than his overall win record suggests and he just needs suitable conditions. Credit to Robert Winston as well.

I don't know how many got the 14/1 about Chilly Filly, because it began to disappear about half-an-hour after I posted the selections and I've no clue whether that's my fault or not! This usually very tricky mare seemed to be quite well fancied in a number of places, although whoever was able to get on at the 14's knicked a lovely price. Brian Ellison's charge eventually went off at half that, travelled like a dream through the race (which was run to suit) and then found plenty for pressure when set down for the drive (the whip wasn't used at all; she stops when hit!). Connections are now sending her off to a stallion and that can bring out further improvement in mares. She could be up to winning a decent staying handicap if it does.

Oriental Scot was the final bet of the day and probably the one that I thought was the most likely to win last night. Plenty of you were waiting on this one to come in for sizeable fortunes but, despite travelling well throughout, he just couldn't land a blow. The ground seemed to take away his usual turn of foot, which is rather decent, and that's frustrating as the race was run to suit him (wasn't going to beat the winner regardless). He finished a gallant 4th in the end and William Jarvis said beforehand that he'd improve for the outing, so we're going to be backing him again at some point I'd say. So close to an absolutely perfect day but no harm, at least we got the first two to go in. Lady Luck has returned, finally!

Plenty of good races at Aintree today but not a whole lot of viable betting opportunities.We'll be doing well to land on a winner from the pair that I've picked out, but who knows in this game and hopefully one could go on to land the spoils. Have a good day folks and just for a note, on the lesser betting days where the market is easily affected, I'll be waiting until around 9am before posting. Prices are going too quick for too little money - in the lowly handicaps (the likes of today's stuff is fine) - and I'm going to have to wait now.

The five runners that lined up in the Triumph Hurdle at Cheltenham look to have this Grade 1 Juvenile Hurdle between them and Sadler's Risk is the one I fancy to run a big race, despite the fact that I didn't rate him too highly going into the festival race. My main reason for not rating Philip Hobbs' 4-year-old was how easily Baby Mix managed to beat him over 2-miles at Kempton, despite the fact that he was getting 3lbs from Tom George's charge (who I backed that day @ 6's). Since then I've come to the conclusion that Baby Mix is the best juvenile hurdler around and he would have been victorious at Cheltenham had he not over-raced throughout, thus ending any chance he had of getting home with enough left in the tank to win.

Sadler's Risk was flattered when getting within a couple of lengths of that one at Kempton but he wasn't ridden to be seen at best effect (tracked leaders; too keen as a result) and connections did not make the same mistake twice when allowing him to stride on at Cheltenham to make use of his obvious stamina reserves (shapes as if he needs further than these trips). However, I think that he's the sort who can prove better when forcing the issue on a flat track and hopefully that's what'll happen here. The relatively testing ground will help to nullify the speed of some of his rivals and I'm fairly hopeful that he can run a very good race. It's doubtful that he has the class of some of these, but he is quite useful and remains as a horse with more to give over hurdles. 8/1 underrates him somewhat and I'm going to play a standard sized bet again. He's not the most obvious winner in the race but he may just find these slower conditions spot-on.

I can't say that I'm overly keen on playing in this tricky contest, but Tara Royal could outrun his odds if his jumping holds up under what is likely to be a lot of scrutiny in a better ran than he usually lines up in. Just whether Donald McCain's 7-year-old will prove to have the ability over his obstacles to get involved is an obvious sticking point but he has a brilliant engine, as shown when he ran at the Cheltenham festival, in the Grand Annual, last time out. On that occasion, this fellow jumped atrociously throughout his race but still travelled well for a very long time and his earlier exertions were the only reason that he couldn't post a much better end result. Cheltenham just didn't suit him and he'll be much happier at this flat, sharp track.

Tara Royal was victorious on his penultimate outing when landing strong support (9/1 into 11/2) in a very ready fashion over 2-miles at Musselburgh. With Jason Maguire on board (had claimer up last time out), he jumped a good bit better and travelled equally well before scooting clear up the run-in to score easily from a decent field. He has since been bumped up 10lbs as a result of that but it looked as if he would improve for going back left-handed and overall I feel he's value for more than the victory would suggest. Aintree should be the sort of place that he'll love and the likely solid gallop will help, so if any horse is capable of outrunning a very big price, it may just be this one. The ground shouldn't be an issue either and seeing how he has had problems in the past (broke pelvis; took a number of races to get back from that), further improvement could be in the locker now that he's re-finding his ability. Overall, 20/1 is on the large side and a small/medium bet will do the job. He's not an obvious one, but could prove capable.