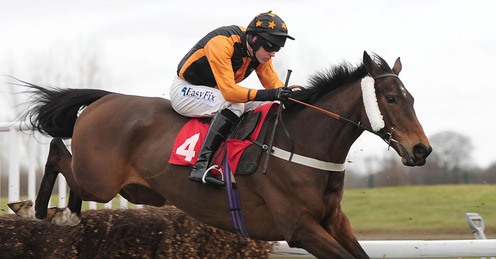 Nothing to shout about yesterday unfortunately. Tevez ran a cracking race to finish 4th and would have been even closer if it wasn't for some modest luck in-running. The return to the track definitely helped and he's one that can win a decent race this season when everything drops his way. It's very difficult to guess when he'll be showing his best but I've got a fair idea what he's in need of to show it and hopefully we'll take advantage next time. This was an encouraging run and showed that his Doncaster form was wrong.

Mini's Destination was nicely supported just before the off but she had so much bad luck during the race that you're best forgiving the effort. Phil Makin clearly was not happy with his early position, but there was nothing he could do about it and the filly was forced to sit out the back. This was one of the things that was completely against her, as it paid to be prominent. She also got hampered when trying to come with an effort about 2f from home, but it didn't really make a difference and just stopped her from finishing closer. We will be getting a nice price about this one when she gets her ideal conditions again and I'm certain that she'll be winning races off her current mark at some stage this year. Put her in your notebook folks.

As a betting medium, today is bloody impossible and although I've found a trio of selections, I can't be one bit confident of finding a winner. They're all nice prices though and if one does pop up, I will be over the moon. If not, I'll just have too look forward to the next chance I get to solve some races on the flat at unorthodox tracks. I wish Catterick was on again! The very best of luck today folks and hopefully some of you manage to find the winner of the Grand National. I haven't used a pin, but probably would be better off!

No fewer than 17 runners are set to line up over this slightly extended 1m 2f trip and it looks sure to be a thorough test of stamina on what is quite testing ground at the stiff Newcastle track. Backing those who have a proven ability to see out their races really strongly is a must and Tres Coronas fits the bill as long as my favourite trainer, David Barron, has his 5-year-old ready to run his race. It usually takes Barron a run to get his charge to the point that he can fire on all cylinders and that possibly explains his below-par effort at Doncaster last time out. That run was very poor on the bare figures, because he was beaten by a huge margin of 27-lengths. However, he was travelling nicely for quite a long time and didn't look to be given an overly hard time of it when a good run through the pack failed to materialise (didn't look capable of taking a gap anyway). There is plenty of reason to just overlook that run completely and he should be a lot more straight-forward now. The horse has an exceptional record here, having won 3 of his 6 starts at the track and the fact that he's being brought back is encouraging. He hasn't encountered genuinely soft ground too often in his career but it's something that will suit him if the pace is strong enough from the off and with so many runners, that seems likely. I think that he can win off his current rating of 84 and the booking of Graham Gibbons is eye-catching as well (form on horse reads; 1-1-2-4). Anything from about 7/1 to the current 9's (just available with two firms; mightn't last long) makes him a bet worth having and the usual stake will suffice. A big run is quite likely if Barron has decided that today's the day (market will inform us).

Result - Winner @ 6/1; Given a fine ride from Gibbons and won cosily.

The potentially well-treated favourite should be a lively contender but Saint Are looks a much better betting proposition to me and I'll happily take a chance at the best-priced 11/1 that he is now. Tim Vaughan's 6-year-old chaser hasn't really achieved much during his career in this code to date but he's got excuses for plenty of his below form efforts and I'm pinning my hopes on a return to a flat track helping him to show his best form again. He was disappointing in the Listed Novices' Handicap at Cheltenham last month but didn't jump well there, as has been the case every time he has lined out there over fences. His jockey on the day, Richard Johnson, wasn't hard on him though and he should still be coming here as a relatively fresh horse. Connections are now stepping him back up to over 3-miles for the first time since December and he's crying out for a trip now. Getting into a good rhythm will be key and if he's going to do it anywhere, it'll be at this track (clearly likes it here) on spring ground. I'm not overly confident in my ability to pick out winners over jumps at this time of year, so I'm being cautious and just having a minimal stakes win bet.

I rarely get much luck in the Nationals, never mind the Grand National and I can't really advise anything with much confidence in such a race. I do, however, think that Killyglen is a potentially lively candidate if he can jump around soundly and taking a small chance on him could well prove worthwhile. This 10-year-old son of Presenting was in the process of running a cracker in last years running of this race and certainly would have had some sort of say in the finish if it wasn't for bad mistakes at the 5th & 4th last fences, the latter causing him to tip up. Before the first of those, he was travelling really well and jumping nicely in the main, but it obviously put him off his game and he ended up paying the ultimate price by hitting the deck. Some good judges aren't convinced that he could have kept up to his work regardless but he looks like a strong-staying relentless galloper to me and has since had a wind-op, which looked to have helped him when he won impressively in Ireland last month. That, combined with his recently applied tongue-tie, should be helping him to see out his races better and if he jumps around soundly a big run is surely on that cards. Whether he'll have enough to win such a race is beyond me but he's attractively weighted, has an excellent jockey on board and clearly likes the strange test that he gets around here. Another minimal bet will do the job for me, mainly because this would be an utterly crazy race to play anything significant in.