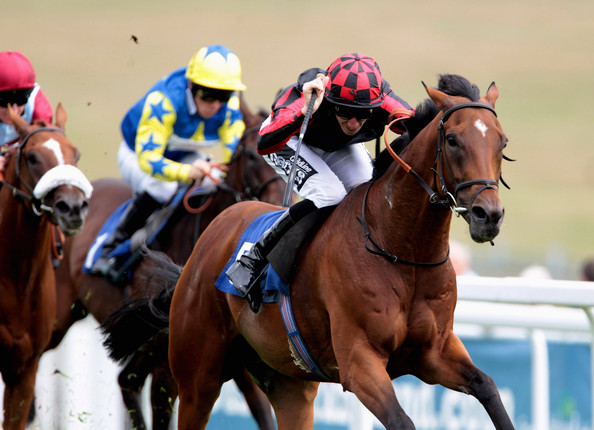 Nothing to shout home about on Saturday. Northern Fling was the first of our selections to run but, as you don't want to see with a Jim Goldie runner, he was easy to back and ran accordingly. The race probably wasn't run to suit him in any regard and there'll be other days I'm sure, despite the fact that he's getting on in years now. The first-time visor that was applied didn't seem to have any effect either and may well have hindered him, so it'll be interesting to see if they're pursued with. I don't know if I'll bother backing him again, because he's impossible to catch on a going day and the trainer is the same, to say the least.

Mass Rally went the other way in the market by being supported into 13/2, which was encouraging given the yard he represents. Unfortunately the run he produced was far from encouraging from the off and he could never land a blow, for what reason I'm still unsure.  He is a tricky animal, that's blatantly obvious, and maybe it's just best to completely overlook the run. Hopefully the handicapper will relent somewhat after that, because this fellow has a big handicap in him at some point and would probably be available at large prices. This was a very disappointing run but hopefully we'll catch him right before the season's out.

The talented and frustrating Fury was my main hope for the day and he justified that by running a cracker in the Spring Cup. A few things went against him, most notably being where he was drawn and the fact that when he came through the pack with what looked to be a winning run, he began to drift right across the track as the winner was veering towards him. That cost William Haggas' charge any chance of victory and I think that he was unlucky, even though some may disagree strongly. You'll have that though and I can't complain, because he ran his heart out and justified the bet. It's a pity he couldn't win it all the same.

Two selections for today and both are big prices. I'd certainly urge caution with both, as they're not void of numerous risks and are likely to be supported in the market if fancied, so keep an eye on it after we cause a mini-move in the early stages! This is a traditionally tough time of year for punting on the flat, hence the reason why I'm attempting to play selections with very deceptive form that are quite large prices. Backing at these odds can (and eventually do) result in long losing runs but all we need is a couple of them to win every month and we're laughing, with anything more being a massive bonus. April has already went really well thanks to the quick-fire winners we had earlier on and we've another week to bang in at least one more nice bet, so fingers crossed that it'll pop up soon and preferably today! Have a very good one folks.

This 6f sprint is definitely the most interesting race of the day but it's also the most difficult to get to grips with. The likelihood of an above-average gallop - even for a sprint - should lead to the patiently ridden animals holding an advantage. I usually want to side with a relatively prominent runner at this track, but the soft ground and almost certain rapid gallop should ensure that the strong-staying hold-up horses will be fighting out the finish here. The one catching my eye is Osteopathic Remedy, although there's every chance that he'll find this 6f trip too sharp. Regardless, everything that I've mentioned previously will play right into his hands and if he can keep in touch, he'll be flying up this exceptionally steep, testing finish.

The issue is whether Osteopathic Remedy can keep in touch, because he is a miler in fairness to him and just mightn't have the toe to be involved in the early stages before his stamina is even needed. The soft ground will help him in that regard though and if they go off as hard as I expect them to, he should be in with some chance of catching them in the closing stages. This fellow actually ran a stormer in the very same race last year, in which he was flying at the death into a 1.5l 4th. Seeing as they didn't go too hard that day and the fact that it was quick ground, the performance must be marked up. It also came off a mark of 97 and today, Michael Dods' 8-year-old is running off 91, which makes him look very nicely weighted on that performance. This race is somewhat more competitive (also had a run before this last year), but being down the handicap ratings and looking more likely to have conditions to suit is worth a hell of a lot.

Osteopathic Remedy has only run well once on seasonal debut throughout his career and it's nearly impossible to know how Michael Dods will have him prepared for this. I don't think that the trainer has much room for messing about with this horse though, as he rarely gets a whole lot of leeway from the handicapper and probably wouldn't be up to beating rivals of this quality if they were all having this race as their main targets. Their trainers will have other targets on their minds at least and with Dods seeming to have his string rather forward already this time around, he may well have his charge readied from the off. Tom Eaves being booked for the first time in a long time is encouraging (3 wins, 4 places; 13 rides) and hopefully the pair will get their renewed partnership off to a winning start. 28/1 is about twice the price that I feel is correct and I'll play standard win stakes again. He should run a big race if readied by his trainer.

There's no doubting that Jungle Bay finds winning no easy task but he's a talented horse, highly suited to these easy ground conditions and more than capable of playing a strong hand off a mark of 74. The main reason behind his 11/1 price-tag must be that he only managed to come home in midfield when finishing 9th of 22 over 7f at Doncaster last time out, beaten by about 5-lengths. The bare result of that run is rather deceptive though, because he shaped a hell of a lot better than his finishing effort throughout the race; he travelled very well, held every chance of victory in the closing stages and probably needed a stronger ride than Lewis Walsh - the inexperienced 7lb claimer on board - could give him. It was a performance worth upgrading, a very encouraging one at that and I'm sure that this horse can win another race before long.

Jungle Bay also ran a cracker on the all-weather on his previous start in the middle of March, a race in which he was a fast-finishing 3rd of 10 in a race run to suit those that were on the speed (he was waited with, which I don't believe is ideal). Seeing as he was sent off as the 13/8 favourite, he was entitled to run a big race but it did at least show that he's on an exploitable mark at the moment and can take advantage when the cards fall his way. He seems the type of horse that will love it around Windsor, although I'd be far keener on his chances of success if he was better drawn (stall 13 not ideal). The ground has come right for him as well and dropping him back to 6f looks the right move to me (has plenty of pace for it).

George Baker being booked by Jane Chapple-Hyam to ride Jungle Bay is encouraging, as he has a solid record of 3 wins and 4 places from just 16 rides when lining out for the yard. The recent form of the yard is another plus-point, although their record of 1 winner from 40 runners at this track is less positive (they've had no less than 6 seconds here in fairness; due a bit of luck!). Plenty of dangers are there lurking about in what is a tricky and competitive race but I'm confident that my selection can run a big race under these conditions and looks worth chancing now dropped back in grade (1 win & 5 places from last 7 outings in Class 5 contests). With a better draw, I'd be very tempted to play a slightly larger stake but I'm a lot more cautious in my betting nowadays and will just play the usual stake again. The horse probably shouldn't be much more than 6/1 in this company, but I can't see the 11's about him now hanging around for too long at the same time. All going well, he will run a big one and who knows, it may be enough to land the spoils.