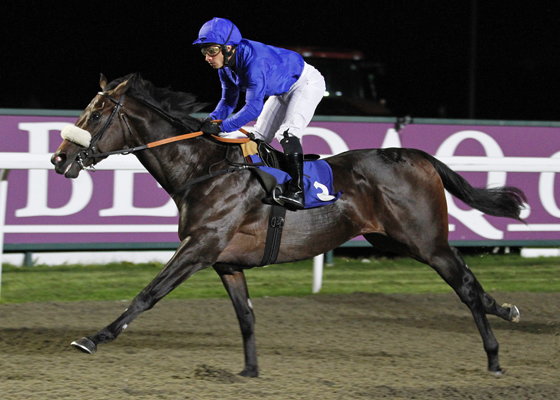 Osteopathic Remedy ran a big race at Pontefract and managed to finish in the places (4th), although that's no good to me because I'm a win-only punter (for a variety of reasons). He never really looked like winning but kept on all the way up the hill and put in a very respectable performance on what was his first run of the year. It's possible that he'll come on for it and will be one for again when getting his conditions.

We landed on a cracking bet with Jungle Bay, as he got smashed off the boards and eventually went off as an 11/4 shot. Unfortunately, the race was run to completely hinder his chances of success and when Baker really needed to get after the horse he couldn't due to traffic problems. The rest just sprinted away from him after that, making it look like an atrocious performance from the horse but I can assure you that it needs marking up. It'll be hard to know when connections will be sending him out to do the business again but I intend to be on and have a fair idea of what conditions he's in need of to win. Notebook time!

Three selections for today, all of which come at Epsom. I don't do particularly well at this track and for that reason I'd be advising caution (although I always am!). The winners have dried up since that hot spell in the middle of the month, but a couple have been fairly unlucky and we're most certainly backing the right horses. The monthly profit is currently +38.00pts, so it'll end up being a good one regardless and I really expect that we can do better in the coming months when the form settles down and other aspects come into play. It was around this time last year when I was doing atrociously and at least that isn't the case at the moment. Be patient, stick to the stakes and you'll make a nice few pound throughout the year, I'm sure of that. With regard to today, I'd be quite happy if one of ours could oblige and here's hoping that that'll be the case. They're good value bets at least and there could be a winner lurking as well! Have a good day.

It's hard to know whether Taurus Twins will be able to handle the unique sprint track that is Epsom, but if he can then a big run could be possible from Richard Prices' speedy 6-year-old. To me, he looks like the sort who could excel when given a test like this and although he's fairly exposed, he seemed progressive last year and you never know when these sprinters can find crazy amounts of improvement. This fellow ran some very big races last year and managed to get his head in-front twice when winning off 72 & 77. He will be running off 82 here but placed a few times off similar marks last season and looks more than capable of defying it when the cards fall his way. They could well do so today and 14/1 is on the large side.

Taurus Twins made a very encouraging reappearance this season and seeing as he's one who usually improves for an outing, we're likely to see an improved competitor this time around (if handling the track). On his comeback, just 9 days ago over this 5f trip at Windsor, Prices' charge finished a 5-length 9th of 14 in what was a decent contest. I thought that he was going to win it at one point, but he blew up going into the final furlong and shaped as if it was needed. He had everything on the stretch 2f out though, at which point he was going strongly and looking unlikely to stop as he did (although in hindsight, he just went off far too fast). I'm happy that he did, because we wouldn't be getting anything near this price otherwise. It's worth taking a chance on him and it's also encouraging to see Silvestre De Sousa booked to ride once again. I'm a little bit worried that Richard Price doesn't have his string fully fired up until around June or so, but 14/1 is just too big. A standard bet will suffice again and if the horse handles the track, he'll go well.

Any market support for Gosbeck would be very encouraging but I'm more than happy to take a chance on Henry Candy's filly running a big race regardless. As a lightly-raced 4-year-old, further improvement looks extremely likely and if she handles this course there'll be every chance that she'll get a race that is run to suit. Just how she'll go at this track is beyond me based on what she has shown on her 6 outings to date but her sire, Dubawi, has a fine 25% strike-rate around here (5 wins, 5 places, 20 runners) and hopefully it won't be an issue. I do think that she can excel on a soft surface and this trip will probably prove to be her optimum as well, so there shouldn't be any problems there. I just hope she'll be ridden prominently.

Gosbeck was unraced as a juvenile but made up for lost time when winning a decent Newbury maiden on her second outing at 3. After that, she was unlucky not to pick up at least one more victory but that's a good thing because she's kicking off this season off what should prove to be a very workable mark of 85. It was her final pair of outings of the year that she probably should of won, the first of which saw her get badly hampered when lining out over 1m 4f at Salisbury and the second of which came in a steadily run all-age fillies' handicap over 1m 2f at Newbury (she flew home, but was completely unsuited by the run of the race). On the basis of those runs, she looks to have plenty in hand off 85 and just needs to handle Epsom to have some sort of say in proceedings. Hills have the right idea by putting her in as a 9/2 shot and 7's are just too big. Henry Candy has his string in good knick and could bang in another winner here.

Running over hurdles can work wonders with some flat horses and Right Step returns to the flat on the back of a couple of attempts in that code. His first run in a novice resulted in a relatively smooth success considering the race wasn't run to suit him and the fact that he was coming into it on the back of a lay-off. That prompted connections to run him in the Grade 2 novice race at Aintree a couple of weeks ago, but he was unsurprisingly out of his depth and failed to land a blow against some very talented rivals. Returning to the flat will help him and although he's an infrequent winner in this code, he nearly always runs his race when he can (has 1 win & 6 seconds from 20 outings) and should do so again here, if getting a bit of luck.

Right Step would have never struck me as the type of animal to be suited to Epsom but he produced what was one of his career-best performances over C&D when finishing 2nd to Resurge (6/1 in this) in June of last year. Alan Jarvis' charge was rated 97 then and lines up off a mark of 90, so I fail to see how he can't be of interest (also has 3lb swing with the winner). Today's ground won't inconvenience either (if getting a good pace to aim at; looks likely) and he has been gelded since he last ran on the flat, which could help to find further improvement. Jim Crowley is prone to having some nice priced winners when riding for this yard and he rides this track very well, so it's encouraging to see him booked again. As is the case with all of my selections, price is king and I fail to see how this fellow is deemed to be a 12/1 shot. That's a very big price for him off this mark and the combination of being gelded and returning from a spell over hurdles could mean that we'll see this 5-year-old perform to something like his best, which would be enough to win. The usual stake will suffice, as the race is so tricky, and hopefully this horse will get a deserved win.

Result - Winner @ 14/1; Won cosily and thoroughly deserved to do so.