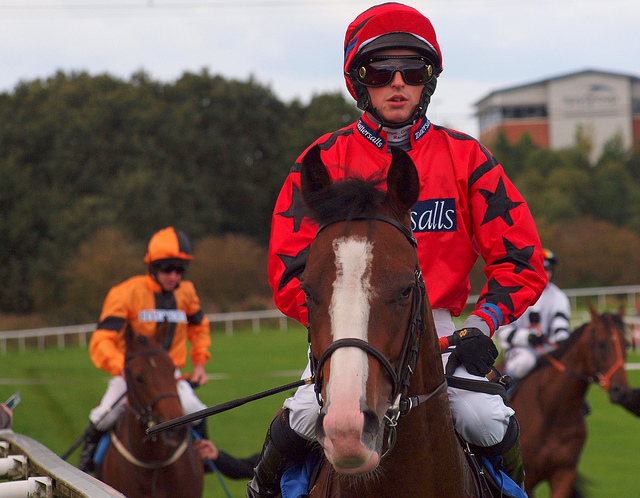 Vizean was very strong in the market yesterday, having been backed into 13/2 (was 16's in the morning), but unfortunately she wasn't as strong in the finish and weakened out of the equation to finish 9th. It was an encouraging run for a long way though, as she showed blistering speed before blowing up. This may suggest that the run was needed, or else the ground was just too demanding. One thing's certain, she's one to keep onside off her current rating and I'll be surprised is she doesn't get that elusive victory before too long. Better ground will probably be needed though, so hold fire until the weather picks up quite a bit!

I usually love Saturday's and can't wait to get stuck into them, but that's not the case today. The majority of the races just aren't worthwhile betting opportunities and I could only come up with one selection, which is extremely tentative as well. It's touch-and-go as to whether he's a worthwhile bet and overall I just can't justify getting involved when it's most likely a day that would benefit the bookies. It'll be a boring day, but try to have a good one anyway and enjoy the Saturday night pints - they'll be better than the racing!

There's a doubt whether Jonny Lesters Hair can be effective on this testing ground, but overlooking that may prove worthwhile given how much he does have in his favour. First off, being prominent around here is a massive plus and this fellow is one who races right up with the pace. It also doesn't look like he'll get pressured too much up top and that will give him the best chance of defying what would be a career-high winning mark (runs off 82; last win came off 77, when running out impressive 5-length victor over 2f further at this track). David Allan deserting this 7-year-old to ride his stablemate isn't overly encouraging, but I just hope that he's on the wrong one (I think that he is; market could prove informative there).

Many of Tim Easterby's runners have been in need of their outings and Jonny Lesters Hair has had two runs already this season, so he should be hitting peak fitness. He looked to be given a fairly tender ride at Newcastle last time out (on soft ground), where he wasn't able to lead, and there's every chance that he'll prove to be a better performer this time around. Ripon is a much more suitable track for him as well and although he's dropping back in trip, the ground should negate the assets of the speedier horses that he'll be facing today. Duran Fentiman wouldn't be my favourite jockey and is a negative, but the horse is a fairly simplistic ride when things pan out for him and they will need to if he's going to win this. It's an awful tricky race, in which chances can be given to nearly all of the 17-runners and for that reason playing much more than minimal win stakes wouldn't be advised. All going well, he should run a nice race and hopefully it'll prove good enough to see him win. I'd mark him down as a 8-9/1 shot and the market should tell us lots.