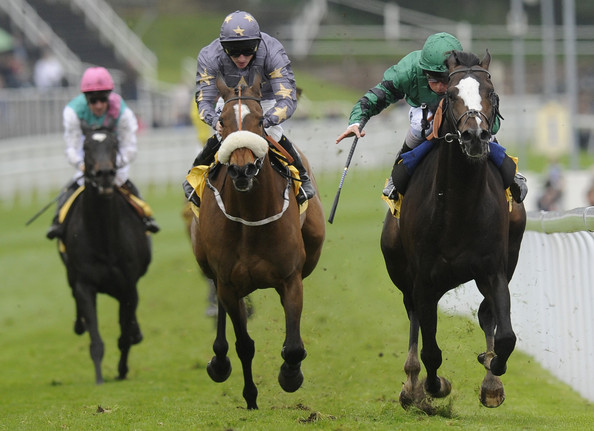 Whozthecat ran a stormer for us on Monday but still found one too good, unfortunately. He was nicely clear of the rest of the field and clearly showed that a flat 6-furlongs on quick ground is something that he will always relish, so I'll be keeping an eye out on for when he encounters it again and looks likely to be favoured by the run of the race. I can't complain about how he ran and he'll remain of interest for a while.

I wasn't going to bother having anything for today because, yet again, it's atrocious racing to even consider having a punt on. I do ramble on about this being a risk and that being a risk, but this one most certainly is a risky bet and could do anything really. He's currently a best-priced 10/1 and is a good value bet if he is readied to run well after a break, but therein lies the problem! Plenty of guesswork is involved but I think that we should take a chance and fingers crossed that it'll pay off. The market will be very informative and if it doesn't speak positively, we can forget about it I'm afraid. This is a bizarre game tho', so who knows.

9 runners are set to go to post for this trappy handicap that's to be run over the flying 5-furlongs and I'm not really sure if I'm doing the right thing by having a punt in it. Speightowns Kid is the one that catches my eye the most but he comes with risk after risk and whether he'll be anything near fully wound up - on what is his first run for about 7 months - is my main concern. However, I am certain that he's going to prove to be a well-handicapped animal off a mark of 72 and it's just a case of when he'll be up to showing us his best form.  If that does happen to be today, it'll make this a risk worth taking because I couldn't see him running a bad race if he is fully wound up, but that remains guesswork and a massive worry.

Speightowns Kid may also prove to be a better animal over 6f in time, but he seems to have sufficient pace to cope with the demands of the 5f trip around here and I'm just hoping that he'll get a solid pace to run after (it could go either way). Seeing as he is a 4-year-old with little mileage on the clock, improvement is very likely and one would imagine that he will have strengthened up nicely over the winter. If that proves to be the case, I think that he'll go on to fulfil the promise that he showed when routing a decent field over 5f at Kempton in June of last year. That came off a 9lb lower mark and he probably was flattered by having the run of the race, but he won by nearly 5-lengths and looked like a sprinter to follow through the season.

Speightowns Kid didn't win on any of his following 6 outings that season but a couple of his runs were ultra-encouraging - including a 2nd placed finish to the useful Fair Passion over 5f at Kempton. That came off today's mark and clearly showed that he could defy it when the cards came his way. I really do expect to see further improvement from him this season and if today's race pans out to favour him, 10/1 will be made to look quite big. On the other hand, he mightn't be full wound up, he mightn't be trying too hard to win and he mightn't be suited to how the race is run. The very, very talented William Buick being booked is a big positive (guided the horse to his only win) and he has 3 wins and 3 places from just 12 rides when teaming up with Matthew Salaman - which is very impressive. Small/medium win stakes will do the job again and hopefully he'll run a big race. He's worth backing down to around the 6-7/1 mark.