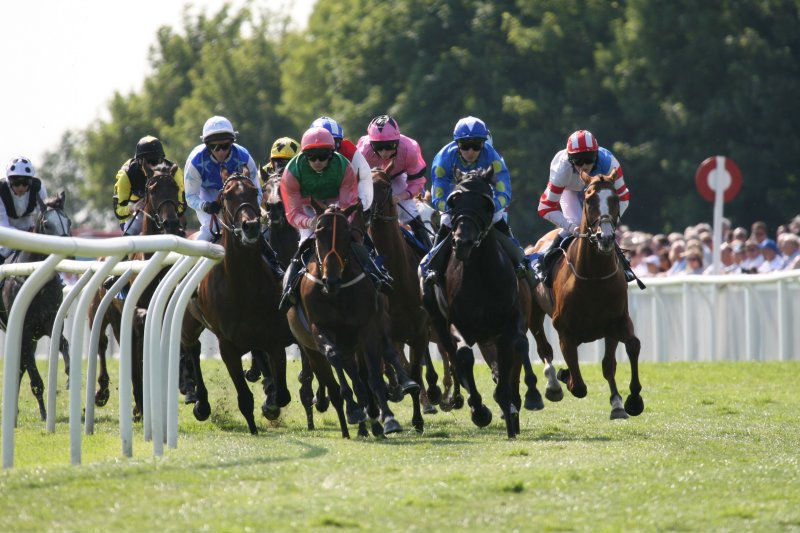 One of the most important aspects of race-reading and betting on horses is luck, and it's deserting us a little bit at the moment. Speightowns Kid justified the risk that I took on him by running a smashing race but, just like the previous selection, he finished in the runners-up position. This one is a lot tougher to take because William Buick's mount looked like he was home and hosed before getting harshly nabbed in the shadows of the post, leaving what would have been a tasty profit behind (backed from as big as 10's into 9/2). Plenty of positives can be taken out of it at least and I just wish the horse kept to a straight line in the closing stages (hung to his right), because he wouldn't have been for catching then. That's racing, as they say, and we'll have to endure plenty more heartbreaking moments like that. Oh well, onwards & upwards!

More donkey racing unfortunately and as I love betting at tracks like Folkestone, it's disappointing that I can't get stuck into any of the races. I've managed to find a horse that I think is a worthwhile selection but it's not one that we can have a lot of confidence in and he's a minimum stakes selection. If he can bounce back to something like the horse that he was last year, we'll be sitting on a decent bet but that's where the risk comes in, because he doesn't look like the same horse. A couple of factors can help him bounce back and here's hoping that he does that. Have a good day folks but don't back many ponies, it's tough.

Local Singer has the potential to make me look a bit stupid after this race, because he looks like a horse who has regressed since joining Paul Howling for a winter all-weather campaign. This previously ultra-consistent 4-year-old has never finished out of the first 4 in his turf career but his form on polytrack this winter has been nothing short of atrocious, possibly indicating that he has a few problems with the game at the moment. I do, however, think that he's not overly suited to the tracks that he has to run on when racing in that code and the return to fast turf, being combined with this track, could help to spark a revival.

This is the sort of place that he will love running at and I'm just hoping that connections will allow him to stride on with a view to racing right on the front-end. Seeking Magic looks to have the potential to improve further this season and he looks like the most likely winner, but at around the 11/8 mark, he's surely short enough in the betting. I'm more than happy to take him on and Local Singer is the value call. Whether he'll even run well is up for debate (did run quite well for a long time at Kempton last time out, shaping as if he wasn't a complete lost cause) but a minimal win bet will do no harm and the moment he bounces back to something like the horse he was last year, there'll be races to be won with him. A mark of 77 is certainly exploitable and if the return to turf is a help, he'll prove to be a worthwhile bet. He's backable down to 12/1.