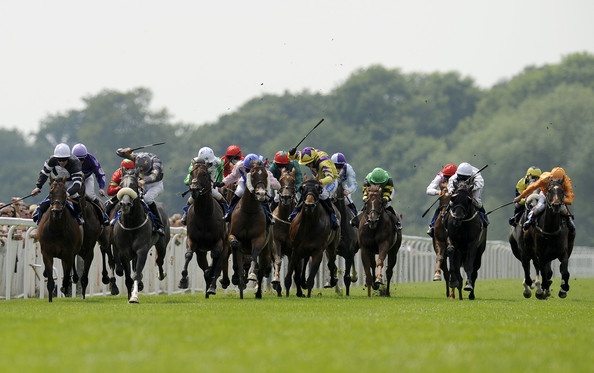 Local Singer was quite poor on Thursday. He showed plenty of pace alongside the favoured rail but he was threading water with a furlong to go and dropped out to finish well behind the principles. He seems to have completely lost his way and I won't be backing him again until he shows a bit of spark. In terms of justifying my decision to punt in the race; we got the massively underpriced 1/2 favourite beaten and the race fell to a big-priced outsider (a 16/1 shot). It's just a pity that it wasn't our one! Oh well, on we go.

Today doesn't look to be an attractive day for betting with so many of the races being exceptionally tough to call. I've managed to find two selections but neither are bombproof by any means and could either finish out the back or run really well, such is the trappyness of  their respective races. They are good value bets though and hopefully one could oblige (I prefer the second). Have a good day folks and happy punting.

When trying to solve a race, figuring out whether connections will actually want their horse to win is one rather important factor and I'm not too sure as to whether Andrew Balding will want Highland Knight to win this. If he does manage to win, this usually consistent 5-year-old would be rated around the 102 mark and that'd surely make things tricky for him throughout the rest of the year. With this contest only being worth around £13k to the winner, I think that connections may well use it as a way to get a run into their horse with a view to tackling some of the more lucrative mile races on turf throughout the rest of the season.

I hope that I'm very wrong because I'm still going to take a punt and back Highland Knight as it looks likely that this race will be run to favour him and 10/1 is a very attractive price, even with the risks attached. This track will suit him perfectly, as he likes to run around a bend (ran very well on only start here too) and he'll be ideally positioned towards the front end in a race that shouldn't be run at a rapid gallop. His sit in stall 1 is completely ideal as well and if he's readied to do the business first time up after a break, I can't see him running a bad race (he has the scope to win off his current rating of 96). Andrew Balding's yard are in decent form despite not having too many recent winners and this fellow could end up being a lowly Group-class miler, so maybe he'll be happy enough to have him spot-on for this race. The market should be very informative and it'll be interesting to see how it goes. For now, it's worth taking the risk as 10/1 is a few points too big (7's would be correct). If the horse is trying, and doesn't need the outing, he'll go close.

Plenty of pace on for this 7f contest and it's one of the more forward-going runners that's catching my eye at the current prices. The Kevin Ryan trained Parisian Pyramid is the horse in question and looks more than capable of getting involved here if he's on a going day, which is something that's very hard to predict (he's rather inconsistent). Despite having a poor win record of 3-41, this speedy 6-year-old gelding is a very capable horse when on song and this race looks a bit easier than those that he usually contests.

Parisian Pyramid is actually dropping down to a Class 3 Handicap for the first time since his debut for this yard (April 2010) and that is certainly a plus, as he has run some exceptional races against better opposition in the past couple of seasons. There are some debates as to whether he's a 7-furlong animal, because the majority of his form is over a furlong shorter, but I have absolutely no doubts that this trip at an easy track like Musselburgh will not inconvenience and it could well help to find further improvement (remains unexposed at this trip). The main worries are how he'll go fresh and whether connections will want him winning here, but he is a 14/1 shot at the end of the day and looks overpriced at that. Plenty of his form entitles him to run a big race and with no obvious concerns with regard to conditions, I'll happily play a standard bet again. The yard are in good form, Phil Makin is on board for the first time in a while and a big run is very possible. None of the rest really interest me and the fav, Layla's Hero, is too short.