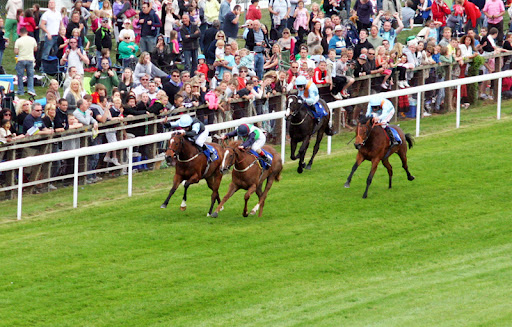 More frustration for us, with Golden Tempest adding another nice-priced second place to our list but she ran her heart out, and there are no complaints. I thought that Jimmy Fortune should have pulled her out earlier in the straight, as she's a confirmed strong stayer over the trip and it didn't make too much sense to allow the winner to get first run, but that's how it goes. She was a little bit too keen for her own good but stayed on powerfully to close in on the winner towards the end and it's another case of what could have been had things panned out more favourably. A return to a mile would suit and hopefully she'll come back to Sandown, as the track just seems to suit her perfectly. It was a cracking run and she's one to monitor.

This has been a terrible week of racing and it doesn't get much better today. The only race that interested me from a punting point of view is at Brighton and that pretty much says it all. It's another really tentative selection from the same yard as yesterday's (coincidence) but it's one that could do the same and run a cracking race, if things pan out to favour her. Hopefully they will and roll on tomorrow. It'll be much better.

Some very interesting runners line up for this 6f handicap and with plenty of forward-going types, the early pace should be pretty unrelenting. Yurituni may or may not be suited by that, but she's weighted to strike and looks very overpriced to do so. The main reason for Eve Johnson Houghton's 5-year-old mare being such a price is because she disappointed at Bath last time, when coming home in last of 9 having been nibbled at in the market. That's an excusable run though, as she didn't have a good draw and didn't get her ground, with the good-to-soft conditions being of no use to her. It was also over 5f and this is more her trip, especially at what wouldn't be the most stamina demanding track. Her jockey for that race didn't give her anything like a hard time of it either and the race had come just a week after she ran a cracker over 6f at Epsom, again on ground much too testing, so there are enough excuses to readily make me pass over that run. Previous to the Epsom outing, she had only showed up well on one occasion, from three outings, but that came in a rather hot Haydock handicap in which she showed plenty of speed before staying on nicely under pressure to come home in fourth place, 4-lengths off the speed. Head Space, then rated 77 (now 91), was just over 2-lengths ahead of her that day and he alone has obviously helped to frank the bare form, along with plenty of others showing it up to be a very good race. If Johnson Houghton's charge comes into this in a similar mood and is ridden with more restraint, then I can see her getting involved from today's 5lb lower mark. She also has previous course winning form, albeit in a much weaker affair, and interestingly connections dispose of her regular visor and replace it with blinkers. She has worn them before, but the first time they went up resulted in a victory off today's mark and hopefully they will have the desired effect once again. The yard form is another positive and Cathy Gannon being booked is usually encouraging, plus she knows the mare well having ridden her on four occasions. Overall, this selection could do anything from run a cracker to finish out the back, but she'll have her conditions and has a lovely sit in stall 1, so there are no obvious excuses. One thing's for sure, and that's that she's overpriced to win this and is worthy of a bet in what is a wide-open handicap. Courageous is going to be a lively candidate but who knows what plans they have for him and he's probably not worth the risk at the current price. The other obvious one is Prodigality but again, he's too short despite being unexposed and open to yet more progression. 7/2-4/1 just isn't worth bothering about in my opinion and Yurituni is the one to support. If she runs up to her very best, which she has been hinting towards this season, then a cracking run is on the cards and the usual stakes will do no harm. She'll be winning again soon and hopefully that is now.