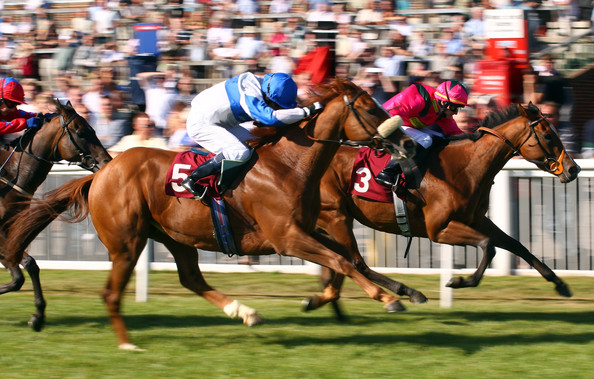 Backing short prices won't make us fortunes but at least Lunar Deity went about business nicely, winning easily at a track that clearly suits. He returned at 3/1, the shortest priced winner we've had since February, but scored in the manner of a horse who should have been a fair bit shorter and that's enough to help me not to feel too guilty about siding with such a price! He will remain well-handicapped even after a rise and should always be considered if there's likely to be a lot of pace on, as he thrives when running behind a solid gallop. The Johnson Houghton yard are in good knick too, and need monitoring. She's really good.

Albany Rose wasn't so fortunate, as she got outpaced early and was given too much to do by Ted Durcan, who's not a very good jockey. She absolutely flew home to end up being beaten by not very far and with a bit of stronger handling, who knows. I'm not saying that she should have won, or anything of the sort, but she certainly stayed on with a lot of purpose and everything was run to suit. There's a decent handicap in her, this run only going to add fuel to that theory, and we'll be keeping her on side. Fast ground is a must though and she needs the front runners to go seriously fast, so she would not be the easiest to win with.

Crap stuff today. Just the one selection, from a notoriously dodgy yard so expect the unexpected! All points towards a good run though and hopefully that's what'll happen. No rain would be a help. Best of luck folks.

Plenty of interesting types line up for this 6f handicap and Aldermoor is the one who has caught my eye the most of late. Backing any Stuart Williams runner fills me with dread, but this 6-year-old looks ready to be unleashed again and has been treated favourably by the handicapper. He has had a trio of outings on turf this season, all coming from a month ago onwards (on the back of a short break) and whilst they don't read amazingly on the figures, they are quite deceptive and he strikes me as an animal who is about to hit top form. They all came over 7f as well and he's a 6f performer, mainly because he needs that early sprint pace in order to be seen to best effect - that looks very likely here. The first of those outings came here as well, in which he wasn't best placed considering how the race panned out but still managed to post a very creditable performance, staying on into fourth place in what was a very good handicap. He has since run crackers at Newmarket and Yarmouth, in which he showed plenty of speed before predictably fading away from the principles. He has been dropped by 4lbs by the handicapper, to 73, which certainly helps and his shrewd connections see fit to apply a visor, back on board for the first time since February. That was the only time he ever wore it and it resulted in a comfortable success at Lingfield (off 71), so to see it back on now has to be a positive. This is also the first time he'll be racing over 6f since that win and it's all pointing towards a big run as far as I can see. He even has a nice draw in stall 3 and William Carson takes over from the inexperienced 7lb claimer who was on board at Yarmouth last time out. The yard also do really well at this track (16-66; 24% strike-rate; 94% ROI) and are in decent form this month, despite not having as many winners as they should have had. All looks set for this 6-year-old to be able to give his best and he's a shade overpriced at the current odds. If a rapid pace ensues, he should be seen finishing quickly.

Result - 6th @ 17/2; Ran fine, but it was impossible to get involved from off the pace and, as a result, that was his chance gone. Will win soon.