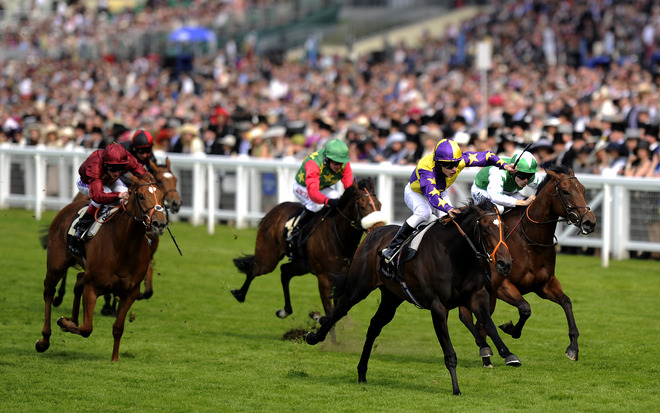 It didn't matter a jot what Aldermoor did on Tuesday, as the winner was in a league of his own and even running to his best, our fellow wouldn't have troubled him. For that reason, I'm happy that he could only manage to come home in sixth place, as it should ensure that he's a nice price again next time out and will be worthy of consideration if lining out with suitable conditions. This was an encouraging run, as he travelled well and just wasn't able to pick up when required, in a race that wasn't really run to favour him. The pace never collapsed and the course seems to be favouring those bang there on the speed, which ruled him out instantly. He ran on again inside the final furlong to post a respectable performance and seems to have really come to hand in recent weeks, but does need everything to pan out perfectly. A drop in grade would do no harm at all, which he's rated to take advantage of, and he's one for the notebooks.

More modest racing today but two that I've been keeping an eye on are running again, the first of which I was tempted to put up on Monday when he made his debut for David O'Meara. He has a relatively tough assignment today, just a couple of days later, but can be in the shake-up with a bit of luck. The second is better value IMO and should go well, though is a fairly obvious selection. Hopefully one of them can win and best of luck folks. It'd be nice to end August with a decent winner and we've got a few days to do so!

It's interesting to see Bunce turning out again having made his debut for David O'Meara on Monday, his first run for over a couple of months and it was quite an eye-catching one at that. He moved nicely towards the head of affairs for a long time, taking over with a couple of furlongs to run and then putting a couple of lengths between himself and the field, only to tire from the 1f pole at the stiff Newcastle track. That wasn't a surprise given that he would probably have been lacking for race-fitness and had looked to set decent fractions throughout on testing ground. A sharper 6f on soft ground suits him much more and he's getting that here, so must be in with some sort of chance. The risk of him bouncing is there but Graham Gibbons didn't give him an overly hard time of it on Monday and that'll surely stand him in good stead. His form this year isn't something to get overly carried away with, with his only win coming in a modest seller but I don't think that he was well campaigned and never really got optimum conditions. His first run of the year was encouraging though, over 7f at Brighton off today's mark, in which he bumped into an in-form rival over a trip that probably stretches him a bit. Over this trip, forcing tactics must be applied if he's to be seen at his best, especially on a track like this, and if he isn't up there from the off then this will almost certainly be a bet lost. However, David Bergin hops up today in order to take off 7lbs and I'm hoping that it's a signal of intent. This fellow is an inexperienced apprentice but by God is he good and his record in sprints is class, albeit from a very small sample size. He's 9-22 over 5f & 6f (41% strike-rate) and 6-16 for O'Meara, with a further two seconds and the only reason I take positives from that is due to how difficult it is to fathom what this yard are up to generally (to call O'Meara "shrewd" would be an understatement). Bunce is only having his second run for him as well and knowing the improvement that he can bring out in his horses, there'll be plenty to come from this 4-year-old in time. Stall 11 could make things tough but they usually come stands' side when the ground is on the soft side here and that seems to lead to a high-drawn bias, which will hopefully come to fruition. Again, this is a selection with plenty of risks but if he's trying and feeling no ill-effects from that recent outing, then he should go well in what is a modest event. The market will tell its own story and any support would be massively encouraging. Any drift would be worrying to say the least.

Result - 5th @ 3/1; Well-backed but nothing really went right for him.

I've been monitoring Gaul Wood for a while now, hoping that he'd put in some sort of understandably bad performance and end up being well overpriced but it hasn't really happened. Today, I do think that the Tom Dascombe trained 3-year-old is overpriced, now stepping up to a mile for the first occasion and returning to polytrack following a trio of outings on the turf. The step up in trip certainly promises to bring out further improvement based on how he has been running in his short career to date and let's hope that it comes to fruition. A mark of 84 doesn't look prohibitive either, with this five-times raced gelding looking like he will make up into a mid-nineties performer at some point, though will need fast ground to do so. He's coming here on the back of a decent effort at Sandown, where he was well-backed but didn't get the best of luck in-running and that ultimately stopped him from running an even better race, although he was most likely a beaten horse at the time of the interference. Previous to that he had finished second in decent events at Chester & Ascot, being unlucky in the former on ground that wouldn't have suited at all and running into a potentially well-handicapped and rejuvenated performer in the latter, shaping like a mile wouldn't be any problem in each of those. There are a few potentially live ones from top stables up against Gaul Wood on this occasion, but I believe that he's the best horse in the race at the weights and will hopefully prove that. The yard are in decent knick as well and make the long journey to Kempton with just one runner, with the stable jockey on board for his only ride of the day. They will be aiming to get this fellow up the handicap and into some better races, so at least he will be trying and that's half the battle on the all-weather! He is a decent price at around 5's in my opinion and is worthy of medium stakes, which I'm hoping he can justify.