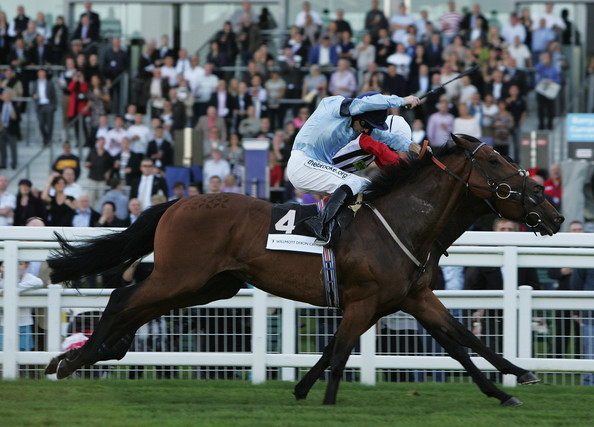 More misfortune to report after Albaqaa had a luckless venture in the Betfred Mile, getting badly hampered when moving himself into contention. He was cruising at that point and it surely would have got interesting for us had he managed to get a clear passage, but it wasn't to be and all he could do was finish towards the back after getting mauled. The winner would have been tough to peg back from where he was, but our lad is a strong finisher, ideally suited to the undulations of Goodwood, and it was an opportunity missed in my opinion. Into the notebook he goes and I've no doubt that we'll be siding with him again in a big one.

Just the two selections for today, neither of which are particularly bombproof given that they're running in massive field handicaps. Hopefully one could oblige, though the first would appreciate as little rain as is possible (the second won't mind either way). One winner would be nice, to say the least, and all the best.

For what it's worth, none of the races elsewhere are of interest to me at all. It's modest stuff all round.

Catfish is usually a very speedy filly, but she got outpaced a lot earlier than I expected over 5f at Ascot last time out and then ran on strongly to end up beaten by just 3-lengths. Hayley Turner was on board that day and didn't exactly give Brian Meehan's 4-year-old a tough time of it, so I have to be hopeful that this contest won't come too soon - just a week later. Previous to her Ascot exertions, she disappointed over this 6f trip at Newmarket, but was said to be in season and you can stroke a line through that. It's her previous two runs of this season that catch the eye the most, as she was beaten just half-a-length in a very decent York handicap and then ran on strongly in the Epsom Dash to finish just over a length off the pace, both over 5f and she didn't really get the best of luck in each. Being 3lbs higher in the weights now doesn't make it any easier, but she's very talented on her day, thought to be listed class by her shrewd trainer and likely to be highly suited to how this contest pans out, if handling the trip (likely at this speed track) and getting decent ground (rain would destroy her chances). The fact that she has previous course form is a positive as well, having won easily on her only sprinting outing here and although it came over the sharp 5f, she shaped as if another furlong wouldn't be any problem (race-pace was rapid as well). If held together by Mickael Barzalona, who was on board for her first three outings of the year, then I can't see the trip being an issue at all and it just depends on whether the ground is suitable or not. If it is, she should run a very good race.

Crazily competitive stuff here and it's akin to guessing in a lot of regards, but Dungannon really impressed me when he ran over 5f at Ascot last week. On that occasion, the draw beat him as he had to line up in the smaller group down the stands' side and had he raced where the main action was, I felt that he would be returning home victorious. If he can translate that form to Goodwood just a week later, then he looks sure to have a chance in what is a wide-open handicap. His current mark looks workable based on a few of his career runs and he will get a race run to suit, with plenty of early pace likely to give him a real tow into the race, as is his want. Whether he's well-positioned from stall 24 remains to be seen, but there's enough pace among the higher drawn horses to think that it might not inconvenience too much. I think that 6f on this track will suit him too and he ran very well on his only other run here, considering that the ground was far too quick for him. Today, it should be fine and in contrast to the other selection, rain wouldn't hinder his chances. Genuine good ground would be grand at the same time. You could give a chance to any amount of the field but with Andrew Balding's 5-year-old having shown up very well last twice, he should be bang there in the mix. Jimmy Fortune is also due a nice winner and what better way to end his recent mediocrity than by winning a lucrative sprint handicap. Could talk about this race for a week and a day, but will keep it short and just hope for the best. He's hardly a massive value call at 12/1, so keep the staking quite low.