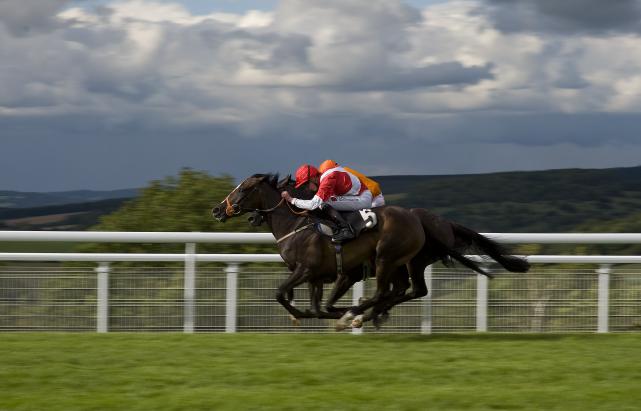 More mediocrity to report. Catfish seemed amiss at Goodwood, coming under pressure a long way from home before being eased right off by her rider. It's entirely possible that the ground wasn't quick enough for her and that the race came too soon after last weeks exertions, but she still should have performed a lot better than that and had no mid-race excuses, with everything panning out nicely. Where she goes from here is beyond me but a return to 5f seems likely and she's one to keep onside when getting some quick ground. There's a nice race in her, I'm fairly sure of that, but it wasn't to be today and she was really poor.

Dungannon was weak on the exchanges throughout the day, possibly due to worries over the draw giving him no hope of getting involved in proceedings and sadly that was confirmed to be true. He couldn't land any sort of blow, but still ran below-par even when you take the draw into account and it has to go down as a very disappointing run, from the horse who Andrew Balding earmarked as being his best chance of the week. He's much better than this but seems to reserve his best for Ascot and would be of interest back there. There's certainly a contest in him off his current mark, but he's very reliant on things going his way.

More crap today, but there's one that I've been keeping an eye on for a while, because I used to follow her former yard very closely. It's a tentative selection mind, but if she's trying (market will be informative) and gets a race run to suit, then she should be there or thereabouts. Here's hoping for a bit of luck to end my mediocrity and kick-start a good run. All the best and roll on the better racing. This is just simply atrocious.

Some of the "well in" market leaders will be tough to beat here but Golden Tempest is also nicely treated on her best form and it's also interesting to note that her best ever career run on the turf came at this track, when trained by Walter Swinburn last year. On that occasion, she was just over a length behind Diverting, then rated 75 and in the form of her life. She went on to win again next time out and so did the two behind our selection for today's race, so it has been confirmed as a very good event. That was over a mile but I believe that she's better over today's 7-furlong trip and if they'll go hard enough for her up front, then she should be staying on well at the end. Things haven't went to plan since the 4-year-old joined up with Eve Johnson Houghton, as she ran a trio of poor races but the handicapper relented and she showed up a lot better over a mile at Bath last time out. Considering it was on ground too soft, over a mile and in a race not run to suit, she done well to end up beaten by around 5-lengths, despite also running far too freely for her own good. That signalled a return to form as far as I'm concerned and the handicapper has eased her a further 3lbs, leaving her rating a full 8lbs below last September's excellent course run. Coming back to far quicker ground will be a massive help as well and now I'm just hoping for a proper pace to chase, as she can over-race and that doesn't help her chances of getting up the Sandown hill, plus she's probably going to be held up towards the rear. At the end of the day, she's not the most obvious winner-in-waiting that you will ever find but, most importantly, she's overpriced. She's also showing signs of returning to form, gets her conditions for the first time in a while and has the expertise of Jimmy Fortune on board, a rare ride for the yard. To say that he's overdue a nice winner would be an understatement, as pointed out before, but he's still an excellent jockey in my opinion and always one that I'm happy to see on board a runner that I'm interested in. He looks to have picked up a nice ride on Golden Tempest here and if she is indeed back to something like her best, then a good run is on the cards. Lots of luck will be needed, but she's worth a go.