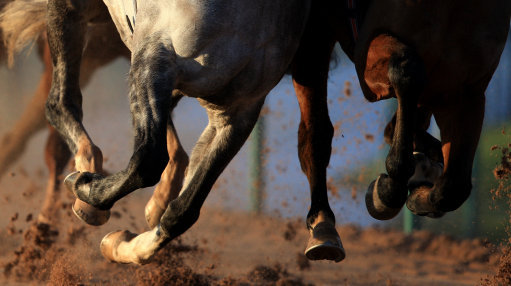 Taajub provided a welcome return to winning ways when scoring a shade cosily at Lingfield on Saturday, landing a nice touch in the process (backed from 6's into 11/4). The drop in trip was exactly what he was after, as it helped him to fly home late on the back of the expected rapid gallop and if connections want him to keep winning, that's the trip he should stay at. Ian Mongan proved how good he is once again, delivering the horse with a perfectly timed run in the closing stages and plenty of credit must go to the jockey, as he got a cracking tune out of him. I doubt I'll be interested in backing him again for a little while but he's one to keep an eye on given that he's still well handicapped. Having a winner was nice though!

Just the one for today again. Hopefully he'll get involved, and preferably win! Have a good one folks and gl.

I've been following the downfall of Takajan for quite some time now and it hasn't been a very enjoyable experience at all, as I've lost plenty of cash in the process. However, plenty of excuses are there for quite a lot of the 5-year-old's lesser performances and surely a return to winning ways can't be too far off for Mark Brisbourne's heavily campaigned sprinter. The booking of Kieren Fallon for this recently rejuvenated yard looks mightily interesting and the horse is just so well treated that I'm finding it hard to ignore him in such a modest contest, although I was kind of hoping for a bigger price than 9/2 but it's still value in my book.

Plenty of encouragement is there to be had regarding Takajan's latest outing, which came over 6f at Wolverhampton. The polytrack surface doesn't exactly suit him and he's 0-10 at the course, so I feel that his eventual performance was one that can be marked up. On that occasion, he finished 5th of 12, beaten around 3-lengths in what was a race for amateur riders. His jockey, Nico Boinville couldn't get him settled in the early stages of the race but still produced the horse to have every chance after they went for home. However, after that, I don't think that Boinville was any help to this quirky character and he couldn't get much out of his mount in the closing stages. In fact, Brisbourne's charge hasn't had an exceptionally talented jockey on board for quite some time and the day he had, he was as weak as water in the market.

Kieren Fallon taking over has to be a positive, assuming that connections want today to be "the day", which is impossible to know (the market should guide). Fallon has an exceptional record when riding for the Brisbourne yard, with 11 winners from just 44 rides, the majority on similarly modest horses - making it look all the better. He also hasn't rode much for them in recent years but partnered one of the yards runners to victory at Wolverhampton yesterday and hopefully he can do likewise with Takajan. One thing is for certain, the return to Southwell is a big plus for this horse as all of his best career runs and wins have come here. He's now running off a career-low handicap mark and looks to be running himself back into form, so he's the one to beat here if there isn't any games going on (possible).  He also has a fairly good draw in stall 6 and should get a race run to suit. It'll be interesting to see if he's slowly away again, as that'd ruin his chances completely and the yard have another well-handicapped, fancied runner in the field, so who knows what'll happen. Regardless, I think this is the one to side with and 9/2 is worth taking a small/medium chance on. It's a lowly contest at Southwell, so there are risks galore but I'd be quite disappointed if we didn't get a good run for our money here and hopefully the horse could go on to win.