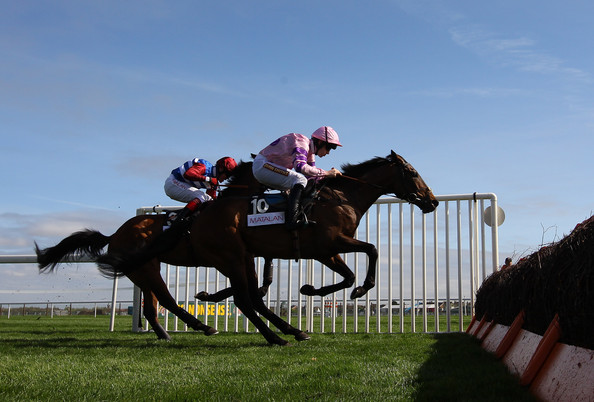 Takajan was strong in the market on Tuesday, which was obviously encouraging, but unfortunately he was far too keen under restraint and couldn't get involved in the finish. Mark Brisbourne's charge looked to hold every chance coming into the closing stages but his earlier exertions must have taken their toll and Fallon wasn't overly hard on him. There'll be other days for him and with the yard being in much better knick of late, I expect him to regain winning ways before too long. I'm owed a fortune at this stage though!

Not feeling the best at the moment so I'm not up to writing a whole amount. Two selections for Friday, including one that's exceptionally obvious! Hopefully one of them will go in and best of luck folks.

I'll win absolutely no prices for originality here as I'm siding with Zarkander despite setting out with the intentions of finding something to oppose him with. I just think that he could be so well in here off a mark of 151 that he'll prove very tough to beat, barring disaster, and as a result the 3/1 about him doesn't look too bad. Paul Nicholls' 5-year-old was an utterly class juvenile last year, landing a Grade 2 on his hurdling debut before going on to win the Grade 1 Triumph Hurdle at Cheltenham and the Grade 1 Matalan at Aintree, albeit not in very impressive fashion. Since then, he's had a breathing operation and although said to be likely to improve for this outing, those who have had wind-ops are often best to catch first time out, so the lay-off wouldn't exactly worry me. I can't see Nicholls not having him something like his best for a race that's worth so much money and if he's the horse that he's said to be, you wouldn't think that he'd have to be 100% to win this off his current rating. All in all, 3/1 is hardly an outstanding price but I'm finding it impossible to oppose him and he's worthy of medium sized support. Anyone could pick this fellow out, but sometimes there's value in the obvious and that's the case here. Hopefully he'll do the business now or I'll look like a notorious clown! At prices, Abergavenny (25's) and Desert Cry (40's) could run well.

This is a very competitive race but Lawney Hill's Minella Theatre looks primed to strike at some point soon and, last time out, ran a lot better than his eventual losing margin would suggest. On that occasion, this smooth travelling chaser finished 20-lengths behind a well-handicapped David Pipe animal who was on the top of his game and it was an encouraging run on ground softer than is his want. The handicapper has deemed him worthy of a 2lb drop, leaving him to run off a mark of 123 and this is certainly exploitable. The return to a sounder surface over this extended 3-mile trip should help massively and David Bass taking off another 3lbs is hardly a bad thing, as he's quite useful. Loch Ba and Sound Stage were also interesting me but it may well pay to side with Lawney Hill's charge and he's overpriced at 7/1.