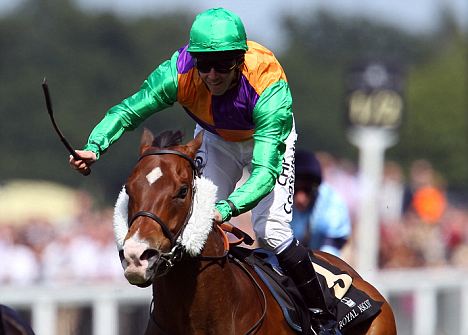 Twice Red was unable to land a blow on Monday despite having a race run to suit and has to go down as being a disappointment, even though he was a fairly big price. He seemed to struggle to go the early pace, which I wasn't expecting, and having lost a nice racing position at the beginning of the contest, he could never get into contention. It was a decent run though and I'm sure that Derek Shaw will be able to coax a victory out of him off his current rating, so I'll be keeping him on side for a while yet.

-2.00pts on the day. Not a great way to end the month but there'll be plenty of that.

Two selections for today to kick February off and hopefully one of them could oblige. Neither are overly trustworthy but both have switched yards recently and look ready to strike once getting races run to suit them. If that happens today, I'm hopeful of coming out on the right side but who knows in this game and we'll need a bit of luck in order to land one. Best of luck today folks and as ever, have a good one.

Ralph Beckett could never get King Of Windsor to reach his potential, which is a bit disappointing really given how well he shaped on a few occasions, but the horse has since moved to Keith Dalgleish and looks an exceptionally well-handicapped animal if he's readied on the back of a near 50-day lay-off. Whether he will be is complete guesswork but this quirky 5-year-old has run well when fresh in the past and the booking of Jim Crowley, for his only ride of the day, could well be significant - as he was on board this fellow last twice when previous connections were backing him heavily, without success of course.

King Of Windsor did at least shape very well on his final start for the Beckett yard, as he ran a close 3rd of 10 in a race that has worked out very well. That came over today's 1m 2f trip but at the sharp Lingfield track in which the race was typically run at quite a sedate pace. Previous doubts over whether the now Keith Dalgleish trained gelding would get this trip still have to be had given how his last run panned out but I don't think that Lingfield is the sort of track that plays to his strengths regardless and that has to go down as a very solid run, one of his best in some time (ran no race in second-time blinkers a week before).

The return to this more conventional track should help King Of Windsor to run even better and assuming he actually stays this trip when they go quick upfront, I'm sure that he'll appreciate being able to run off a better gallop. The form of Keith Dalgleish's runners is also very encouraging, as 5 of his last 15 runners have entered the winners enclosure and there's every reason to believe that he'll have this runner firing on all cylinders, as he's on such a workable mark at the moment. Another positive is the fact that he's back to run in a C5 contest having run so well at a higher level last time out and if he's on his game, avoiding his quirky ways, he could outclass the field if the trip proves to be no problem. 9/2 is hardly a stunning price given the obvious risks but a small/medium sized win bet will do no harm and I expect to see his price contrast somewhat if we're in with a chance of success. If he runs to his best, he'll win. If not, he won't!

I'm a bit worried that this race won't be run to suit Legal Legacy but given how well he has run on a couple of occasions since joining the David Griffiths yard and being switched to run on polytrack, he looks like a horse who is ready to strike. This strong-travelling 6-year-old was a 5-time winner on the turf when trained by Michael Dods and reached a career-high mark of 80 with that yard but never managed to win off a mark above 72. Today he lines up off that exact same rating but remains completely unexposed on the polytrack surface and should be up to winning a decent race like this when getting everything run to suit.

Legal Legacy went down by a length to Prince Of Burma when last seen at this track, over a mile, but he meets that rival on 8lb better terms and one would hope that the form can be turned around, although Gask's horse looks completely rejuvenated in headgear of late. The drop in trip is almost certainly in my selections favour though and I'm just praying that something will take them along at a decent clip, or else he'll struggle to even get involved if he does his usual party trick - which is missing the kick completely.

Legal Legacy takes a step up in grade today but I wouldn't imagine that it is such an issue given his previous winning form at this grade and a replication of his last run would see him in with a good shout. Risks over whether he'll have a race run to suit have to be there but at least David Griffiths has reported him to be in flying form and expects a big run, which is encouraging given how well his yard are going in the last few weeks. Andrew Mullen being on board again is a bit of a worry, as he has never won at race at Kempton from 20 attempts and I just hate when little stats like that are against me. Regardless, the horse is clearly back at the top of his game and looks overpriced to get involved in the finish at current odds of 6/1. With a bit of luck and a pace to run after, he should be in with a shout of gaining his sixth career win.