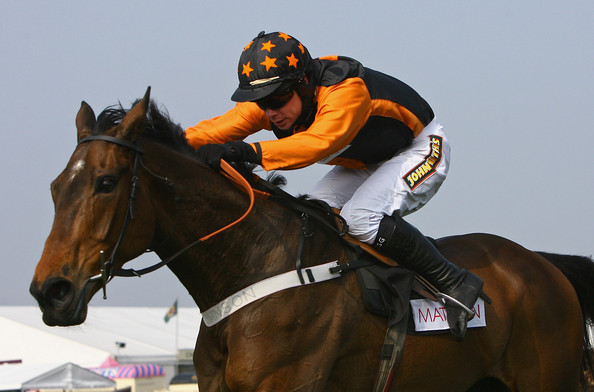 Silviniaco Conti was strongly supported into 11/10 favouritism on Saturday but failed to justify that by putting in a very disappointing effort. Having jumped well in the early stages, very well in fact, his jumping got progressively worse but he still got into the lead going well. After taking over, he found absolutely nothing for pressure and faded into a 10-length 4th place. This horse is just so much better than the performance suggests and given how the vast majority of Nicholls' runners went over the two days, it's hardly a surprise that he was so below form. I'm not giving up yet and he'll be winning a Grade 1 chase in the future, I'm quite sure of that. He's very, very classy, although this run would suggest otherwise!

My other selection, Pearlysteps, was also a huge disappointment and never went a yard at all. Maybe there was something wrong with him, as he was beaten after no time and never jumped, which is odd for one who's quite capable in that department. There's a nice handicap in him at some stage, although he may prefer testing conditions and will find it hard to come by that nowadays. He's one to keep an eye on.

Just the one selection for Tuesday's racing and he's a risky one who could do anything. For what it's worth, I was also interested in Strongbows Legend (5/1) in the 3:15 at Wetherby and Higgys Ragazzo (12/1) in the 3:40 at Taunton, but I'm going to leave them alone this time around for one reason or another. They're worth a second glance if you're going through those races but I never advise anything that I'm not backing myself, so that's why I wouldn't put them up even advising a solitary point. Here's hoping that the one I have backed will do the business and best of luck if you're hopping on board.

Denis O'Regan heads down to Wetherby for a trio of rides today but with two of them being virtual no-hopers, the David O'Meara trained Peedeeque looks like his only realistic chance of success. This strong-travelling 6-year-old has massive issues in the jumping department, as he can make numerous mistakes throughout his races but if getting a clear round, a mark of 106 will prove to be no bother to him. He's also a lightly-raced animal, having only lined up over hurdles on 5 occasions and just twice since joining this yard. He defied a summer break when winning on debut back in November despite not jumping overly well and failing to get much luck in-running, but won in the style of a useful prospect and was never stronger than at the finish. That came on quite quick ground, so how he'll handle today's softer ground has to be a worry but there's signs that it won't hinder him too much. The step up in trip at a track like this will be right up his street too and the likely strong pace will help even more (although it could make his jumping worse!). O'Meara's yard being in good knick is another positive and O'Regan is a very good booking for them, especially with hurdlers. Nothing is assured with Peedeeque, as his jumping could ruin his chances but 7/1 is too big and small/medium win stakes should be played. It's a very tricky contest but it's well within his range if he jumps around safely and handles a bit of cut in the ground.