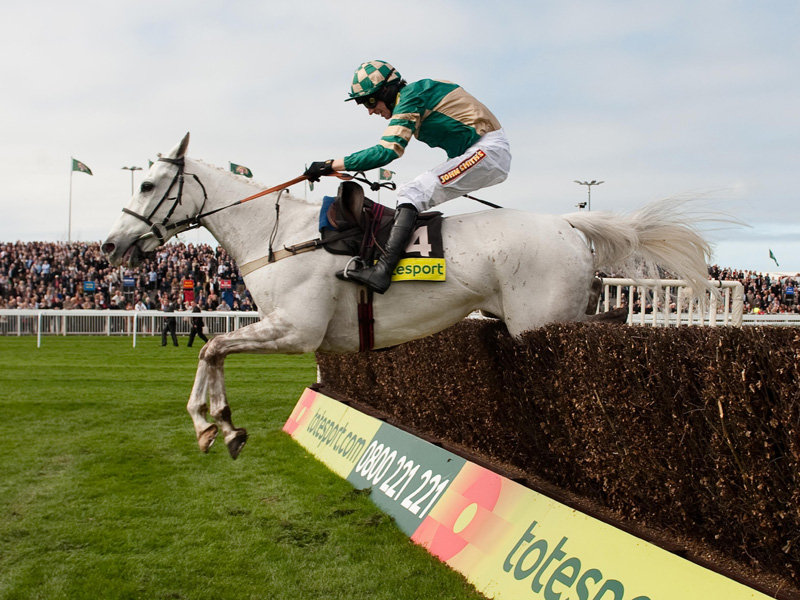 Back in the winners enclosure thanks to Fortification and his exceptionally game winning performance over at Warwick, which landed a 3pt bet at 13/2 (10p R4). Timmy Murphy is getting plenty of plaudits for the ride, which is thoroughly deserved, but I'd love to know why the horse wasn't ridden to lead from the off. It makes no sense whatever way I look at it and if it wasn't for a combination of extreme gameness from the animal and exceptional riding ability from the jockey, he wouldn't have finished within a country mile of the rest. I can't complain obviously and there should be more to come from him in time I'd imagine.

Salient was a bit disappointing over at Lingfield, although I thought that it was a very encouraging run until about the furlong pole, to which he held every chance of landing the spoils. He seemed to stop to nothing at that point and just couldn't quicken before he was hampered and snatched up in the closing stages. As a result, he dropped back through the field to finish 8th and I'm quite happy with that, as he wouldn't have placed regardless and it should help to ensure a good price again next time out. I'll be backing him if he's running over that C&D in a race not filled with pace and his time will come before too long.

Two selections for Saturday, which is quite disappointing given the amount of racing that's on and the fact that it's a Saturday but I suppose that if they're not there to be found, there's no point plucking them from thin air! Both come from the same stable and should run good races if all is well, but neither are to be considered bombproof by any means. Hopefully one of them could oblige and help to pay for a few of our Saturday night pints! Others who interested me include The Strig, Palace Moon and Royal Bajan - all runners at Lingfield but I'm happy enough with what I have and I'll stay away from them. If you're looking at those races, they're horses to keep onside anyway. All the best folks and here's hoping for some luck.

Sadler's Risk may prove to be a very hard horse to beat  in this Grade 2 hurdle contest for novices, but I'm not remotely interested in taking any off his current 5/4 price-tag, as I'm sure that this is far too short and I have to oppose him as a result. That's not an easy task, as all of his better rivals come with their own risks but Baby Mix is an animal that I'm sure has the talent to win this race if all is well. Tom George's highly promising 4-year-old has raced twice over hurdles since moving to this country from France and he was an ultra-impressive winner on his first outing back in December. On that occasion, over 2m 1f at Cheltenham, he won by an easy 7-lengths from the well-fancied Paul Nicholls trained Hinterland, who is a very talented animal in his own right. My selection for today's race was receiving 7lbs that day but he won with any amount in hand and they way he both travelled and jumped suggested he was of high-class indeed. However, Baby Mix completely flopped when last seen a month ago running over the same C&D. This time, he was extremely keen under restraint, jumped atrociously more often than not and was beaten a long way. I'm willing to overlook that run completely as he was so below par that there have to be other reasons for the run. Tom George has reported that he's very happy with the way his charge is now and I think that the switch to this speedy, right-handed track will be right up his street if he can just relax. I'd actually love to see Paddy Brennan take the bull by the horns and just make the running but who knows what way he'll be ridden. Regardless, 5/1 offers a hint of value and I think he'll run well barring disaster.

Another race in which I fancy Tom George to come up trumps and this time it's with Nacarat, a lively front-running grey who looks very well-handicapped if he's not hindered by the likelihood that he won't be allowed to lead them a merry dance from the front, although it's not a necessity in any regard. Now that he's an exposed 11-year-old, he doesn't exactly hold any secrets from anyone but the handicapper has been very lenient with him this season, as he's now down to a mark of 154 after running some perfectly understandable below-par performances this season. Actually, it's a hell of a long time since he's had his proper ground and today he finally gets that, as good ground at a flat track suit him best and that's what he has for the first time since he sluiced up in this race by an easy 9-lengths in 2009. He was rated 147 then, so he's 7lbs higher today but also finished 2nd off 158 in the 2010 running of this on what was very soft ground. It's also not even a year since he ran out an easy 6-length winner in the Grade 1 Totesport Bowl at Aintree, which, if the form could be repeated, would see him thrown in here. The recent form of the Tom George yard has to go down as a massive positive and this animal has had a couple of months off the track since his last run, which will be no problem as he does go well fresh (like plenty who've had a wind-op in times gone by). 4/1 is hardly a massive price in such a tricky race where the only thing assured is a solid gallop but I'm willing to take a small/medium chance on him and hopefully he will do the job. Funnily enough, not too many of the rest interest me at all but the price is why I'm not getting very heavily involved.