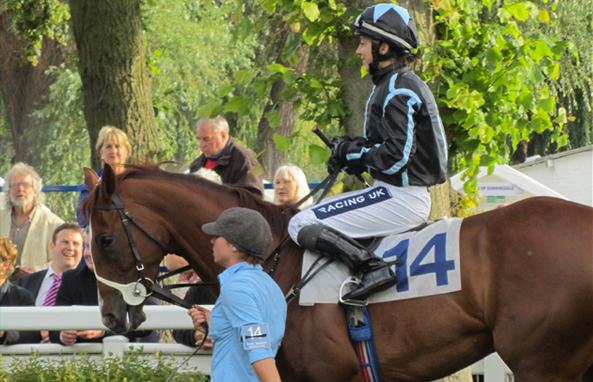 Shawkantango didn't make a fool of me yesterday and he went agonizingly close to winning the race. Having deemed him a cracking bet at 8/1, I was very confident that he'd run a big race and that's exactly what happened. He missed the kick as usual but travelled a lot better than has been the case in recent runs and was gaining on the winner at the finish. Dale Swift had his whip knocked out of his hand in the closing stages, at which point he still had one strike left and given the fact that the horse only went down by a nose, it could have been the deciding factor. He was in-front a stride after the line and this is most definitely one that got away. This game breaks your heart, over and over again, but on we go.

Another awful day of racing is in the offing but I've found one selection who should outrun her price-tag if the race goes as expected and hopefully she could win. Best of luck if you play folks and have a good day.

This looks to be a tricky contest in which chances can be given to the whole field but I'm anticipating a stop-start gallop and this will suit Sweet Secret perfectly. Whether Jeremy Gask's 5-year-old mare will be able to take advantage is no sure thing and there's always the possibility that some of the opposition will change their tactics - so it's a bet with even more risk than usual, as I'm not one bit convinced that she can win when forced to go off quite hard in-front. Regardless, if it does pan out as anticipated, this game mare should be on the premises and looks overpriced to get involved at current odds of 11/1.

Sweet Secret was heavily punted last time out when running over a mile at the sharp Lingfield track but she did too much too early and couldn't run her race. As it happened, she was reported to be in season and whilst that's not always a bad thing, one would have to think that it hindered her given how poorly she ran despite being fancied to go well. In any event, Lingfield is never going to be the sort of place that plays into her strengths when hassled and the return to Wolverhampton, for her third visit, is a massive plus.

A mark of 70 shouldn't inconvenience Sweet Secret if she's allowed to run her race and today she's effectively rated 65 after the useful Raul Da Silva's claim is taken into account. That'd leave her a couple of lbs below her last winning mark, which came over a mile at Kempton when she was given a fine front-running ride by Jamie Spencer. Da Silva wouldn't be my favourite jockey from the front though and his record over trips of a mile or further leaves a hell of a lot to be desired, so there are a few stats against me from the off. The form of Jeremy Gask's yard is a positive though and this is his only runner of the day at a track where his older horses usually run well. 11/1 looks like a big price to me if everything is run to suit and the favourite is too short for my liking, despite his excellent performance last time out. Small/medium stakes are all that I can play given the obvious risks but she shouldn't be much bigger than 7's and will hopefully run a big race from the front. Master Of Dance (5/1) may be worthy of a small stake saver.