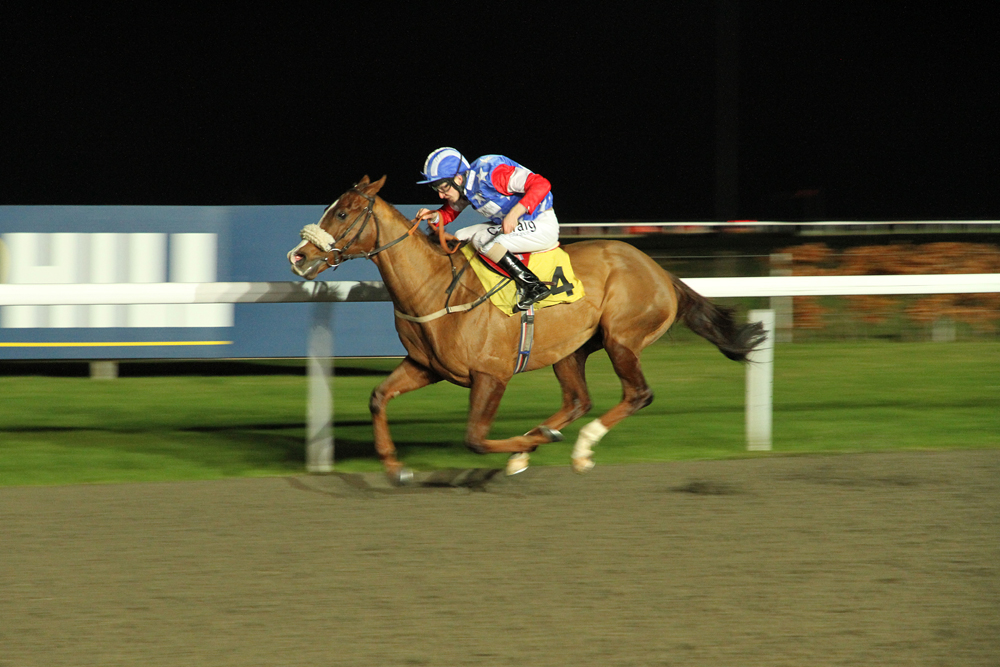 Sweet Secret got the run of the race at Wolverhampton yesterday and looked to have the field on the stretch just before they turned for home - at which point she was trading at 2/1. However, and not for the first time, she found absolutely zilch for pressure and could only manage a 5th place finish. Regardless of all that, she wasn't going to beat the eventual winner and at least this run ensures that she will continue to be a worthwhile price in future engagements, something which wouldn't be likely if she ran better. It was a poor effort really but she's one to keep an eye on and hopefully Adam Kirby takes the reins again soon.

February hasn't exactly kicked off as I had hoped, although we're only a few days in and it could be so much better if only Shawkantango had a slightly longer nose. No harm though, a good run of luck will eventually pop up but it'd be nice if there was some good racing to get stuck into, as this low level all-weather stuff is tough to call correctly. Although there is plenty of reward to be had if we're right.

Just the one selection today, which is very rare for a Saturday, and it's another who could run a cracker or offer nothing, depending on how the race pans out. Regardless, I am quite confident that he'll go well and best of luck if you play. Have a good day folks and hopefully we won't end up drowning our sorrows in the pub later on. I've also got my copy of Raceform Interactive and it look like an utterly pointless purchase!

Quite a trappy race in the offing here and the likelihood is that it won't be run overly quick unless some of the runners change their tactics. A true pace to run at would suit Lockantanks to no end but he seems to have little problem in sprinting for home on the back of a modest gallop at this sharp track and he's taken to continue his recent progressive ways in a race where the handicapper has a hold of many. Whether Michael Appleby's 5-year-old gelding is good enough to defy a mark of 93 is beyond me but he's clearly a horse on the up and could take all of the beating here if he's still well in himself (has had a busy year).

Lockantanks has improved by about 20lbs in the last number of months and comes here on the back of a one-length defeat in a better contest than this over C&D, a race in which he ran excellently considering it was run to completely hinder his chances. Now there is a chance that it'll be the same scenario today but at least there's a possibility that they'll go quicker a bit earlier and today the horse is giving weight away to inferior rivals (which suits), instead of getting weight from his superiors, as was the case last time out.

The way in which Lockantanks can travel on the polytrack nowadays always gives him a chance of finding even more improvement despite going up in the weights and I'm hopeful that he will be able to defy this mark before too long. Luke Morris has clearly forged a good partnership with the animal since taking the reins back in November and there's no better man to have on board. The yard seem to be in decent knick despite failing to have many winners lately and they look to have a lively chance of ending a 20-runner losing streak. The opposition are clearly no mugs but I've got enough doubts about the majority to swerve them and Appleby's charge is the best value at 7/1. Personally, I wouldn't have him any bigger than 4/1, even with doubts over whether the race will be run to suit him, and I'm going to play medium win stakes.