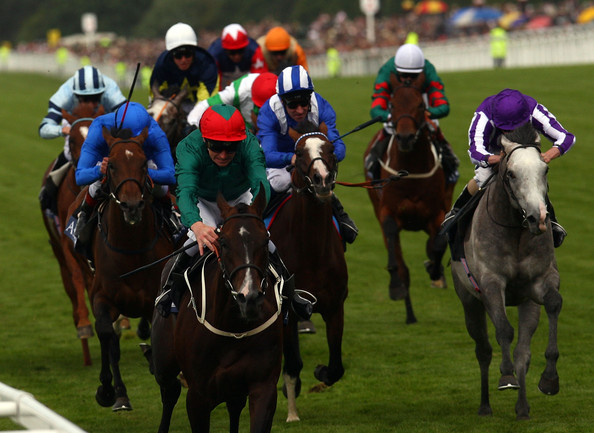 No joy on Monday unfortunately but Crimson Queen had plenty of excuses in my opinion. The main pace influence becoming a non-runner was the most frustrating, as it resulted in the eventual winner getting an uncontested lead. The track was also running on the slow side, which meant that those at the front would have a massive advantage when allowed to dictate proceedings. Even more annoying was the fact that Paul Hanagan couldn't get over from Dubai for the ride, although it may have been pointless as the horse just wasn't going to win that race without having plenty in her favour. The winner was also "on the job". She'll be one to side with again when the pace is going to be rapid and should be a nice price to boot.

One selection for today but it's not one to have a whole lot of confidence in. The market will be interesting and if it speaks in our favour, we could be on a lively one. If not, he's likely to lose. At around 8-9/1, he's worth a go though and should run a good race with a bit of luck. Hopefully he will and have a good day.

The market will tell us what sort of chance Fastnet Storm has of achieving victory here, so he's one that comes with plenty of risk regardless of how things pan out mid-race. Regardless, he's an exceptionally well-handicapped animal and although seemingly out of form given his most recent figures, I don't think it's as bad as it looks and hopefully David Barron will have this usually consistent 6-year-old back at the top of his game. Another massive plus is the fact that the race seems to lack any sort of pace and barring a drastic change in some of the oppositions run-styles, Barron's charge should get the chance to dictate proceedings at a modest pace from the front, as is his need and beneficial given how the track is riding.

Fastnet Storm comes here on the back of a very disappointing effort last time out, which came just over 6 weeks ago. That run was on the back of a near 3-month lay-off and pretty much all of his form suggests that he was going to be in need of the outing. Now, I'm not sure what the subsequent break means, as it could be a signal that the horse wasn't right given how poorly he performed that day despite being fairly strong in the market. Regardless, David Barron is more than capable of getting them back to form and today he books Joe Fanning for the ride, which is very interesting. The pair teamed up last week, which resulted in a victory and it's not too often that this booking occurs, so it could be another positive hint.

The handicapper has eased Fastnet Storm by 12lbs in the time that he has been with the Barron yard and he's most certainly a well-handicapped individual. In his prime with Tom Tate, he scored off marks of 84 & 86 (twice), including around here in a C2 contest over a furlong shorter than today's trip. For the first time since his 2-year-old days, this fellow is running in a C5 contest and if he's anything like his old self then he has to have a say in proceedings. Ignoring his recent form is the best thing to do and I'm sure that the way the track is currently riding will play to his strengths, assuming something doesn't take him on from the front. 9/1 looks like a fairly generous price, although I'm afraid to play decent stakes given how it's impossible to gauge the shrewd trainers thoughts. The yard are in cracking form of late though and I'm hopeful of a good run at the very least, if there's no messing going on. Hopefully he could do the job.