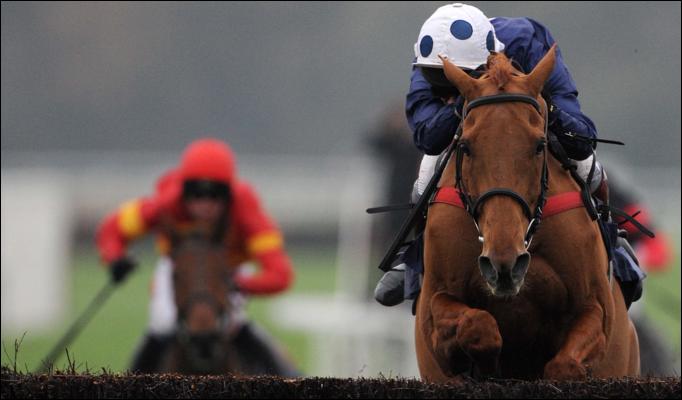 Saturday was very disappointing, as Fredo went so close to winning the big staying handicap chase at Warwick after being sent off at a gigantic price of 25/1. He jumped well in the main, travelled like a dream and was only denied by less than a length by the classy Colin Tizzard trained Hey Big Spender - a horse that I've selected on numerous occasions. Unfortunately we'll get plenty more of these near-misses and if only there was an extra 20 yards in this contest! It could have been brilliant, but no harm.

Previous to that, Barwell Bridge and Act Of Kalanisi both finished 3rd in their races - running really well in the process but just proving not good enough on the day. I'm likely to be interested in both again and given the type of contests that they line up in, they're always likely to be a decent price. The former will be one I'll be interested at come Cheltenham time, although whether I'll be backing him will be dependant on quite a few things.

Roi De Rose was the other selection and he was very well-supported in the market, moving from 6's into 11/4 throughout the day. Unfortunately his jumping just wasn't up to scratch and the speed-demanding nature of the course (combined with the drop in trip and rapid gallop) left him in with no hope of getting involved. He has another win or two in him though and, depending on where he heads next, he'll be another worthy of support again at some stage. There's no doubting that he has talent, he just hasn't got the chance to fully showcase it just yet.

-7.00pts on the day. Disappointing but after Friday's success, I suppose it was to be expected! At least they're running well for me - it'd be worrying otherwise. From 16 selections since I've launched the site, 5 have won, 2 have come second and a further 2 have finished third - very happy with that and the profits are very healthy so far. Long may it continue, although a dreaded losing run could appear at any time.

One selection for today and he lines out at Newbury. There's plenty of doubt over numerous things with him but if he's readied to run, he should perform well. Hopefully he will and best of luck if you're hopping on board too. Have a good day folks.

It's not one bit easy to get these big-field handicaps correct but I've long thought that Sound Stage could be a 140-rated chaser and if he's on his game on the back of a 3-month lay-off, he should surely get involved in what doesn't look to be a great race despite the large, 17-runner field. Caroline Keevil's 9-year-old chaser hasn't stood much racing in the past year, as he missed out on going to the Cheltenham festival in March through injury and ran just once in 2011 when running well below par over hurdles towards the end of October; he's not a hurdler at all but had a massive excuse for performing so abysmally - so it's an effort best ignored.

Sound Stage was fancied to go well by his trainer when engaged to line up at Cheltenham in a competitive Grade 3 handicap just a few weeks after he ran disappointingly over hurdles. Unfortunately, Keevil had to pull him out of the race in the morning after he was discovered to have a very small puncture wound in his fetlock - an injury that ruled him out of any racing for a couple of months. I'm sure that he should be well over that by now and assuming that he's fit enough to give his best here, a good run has to be the least that's expected. He will also be lining up off a mark of 124 today and that's an exceptionally good mark for a horse of this ability, as I'm convinced that he can run to a far greater level when getting the opportunity to run to his best - which I hope will be the case today on ground that he'll enjoy.

Sound Stage returns to Newbury for the first time in a while and this track has served him well in the past - as he has won here off 5lbs lower in a novices' handicap over the extended 2m 6f trip and has also finished what I'd consider to be an unlucky 2nd off 4lbs higher over the same trip the following season in a race that's better than this one (he didn't jump well; may have won otherwise). Connections now step the horse up to 3-miles too and this should suit him to no end, as he's a relentless galloper who should improve the further he goes if settling (has been keen in the past).

The way in which Sound Stage can travel is also very impressive (likely strong pace should help here) and any improvement in the jumping department would see him turn into a much better animal that his mark would suggest; his jumping is the reason he's not rated much higher, although he is still very lightly-raced over fences and open to improvement all round. Tom O'Brien being on board is certainly no bad thing either and he's 3-12 over fences for this yard - so it's a positive booking. If I could be assured of a few things then I'd be all in with a maximum bet here, as I feel that the horse is a very talented animal in a fairly modest race, but there's plenty of doubts and a medium win bet will do the job. 6/1 would be a fair price and the current 10's are too big. It would be understandable if he didn't run to his best given his recent problems but if he's readied (which the market will probably tell us), he must have a strong say in the race and should run well.