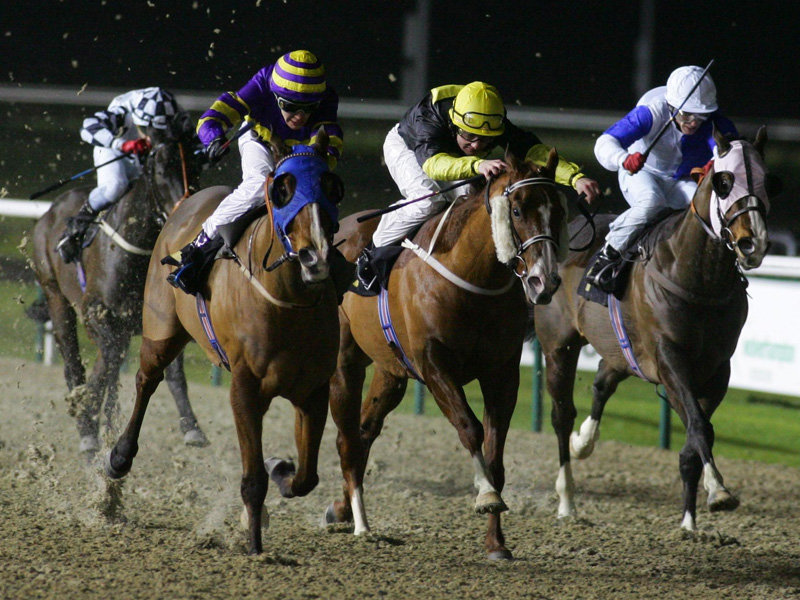 More heartbreak as, despite his best efforts, Katmai River could only manage to finish in 2nd place having been supported into 13/2. He broke well under David Probert and got a prominent position, which certainly helped in a race that wasn't run overly quick. Unfortunately, he was caught wide for a while and that was probably the difference between winning and losing in the end, as he only missed out on victory by a neck having been caught in the dying stages. It was a fine run though and I can't complain at all. It would be nice if one of these could go in our favour before too long because after Fredo last week, I can't take much more of these narrow misses!

-2.00pts on the day. Gutting, but at least we're looking in the right places. That's half the battle.

Mighty Monday ain't too might really but I've managed to find a couple of bets that should give us a nice run for our money and with a bit of luck, one might even consent to win! Both are quite tentative selections though and certainly not worth going mad over, as it's Wolverhampton and guessing what's going to happen there isn't the easiest of tasks. Best of luck if you play folks and hopefully our recent bad luck will take a swing around for the better at some stage soon - preferably today!

Only 7 runners are set to go to post for this contest but it contains a few in-form runners and then a few who are well-treated on past exertions. I was keen on the chances of Viva Ronaldo a number of hours ago, at which point he was around 4/1, but the value has surely disappeared with the early birds having their few pennies on him. As a result of Fahey's charge shortening to be a best-priced 15/8 shot, I have to oppose him even though he strikes me as the most likely winner (capable 5lb claimer taking the reins leaves him exceptionally well-handicapped), but not one who is worth taking a chance on at the price.

Ivory Silk is now the one that I'm going to side with due to her current odds offering superior value and I just hope that she's on a going day, as she can be an exceptionally tricky mare - albeit one with plenty of talent. Jeremy Gask's 7-year-old charge has fallen down the weights as a result of some very modest performances since last achieving success but she is the type who is capable of running herself into form and looked to be doing exactly that when lining out at Lingfield over an inadequate 6f nearly a month ago.

On that occasion, Ivory Silk didn't get the best of luck mid-run at a track where you need plenty of it and finished the race having hardly had one, as she became a hostage to fortune when trying to get a run at the beginning of the home straight. It can go down as a fairly good effort though, as Gask's mare was just over 2-lengths behind the winner despite being all the way back in 9th place. The handicapper has also dropped her a further 2lbs for that run (races off 73 now, 6lbs below last winning mark; achieved in July) and the claimer that was on board last time out is replaced by Adam Kirby, which is exactly what I was hoping to see. I was also hoping that she'd be upped in trip, which also happens now (7f here is ideal).

Kirby gets on well with Ivory Silk (2 wins, 2 places, 7 rides) and given how well he's riding of late, I'm very hopeful that he can get the best out of her again. The Gask yard are in good knick too and this is their only runner at Wolverhampton today, so hopefully it'll be one that's sent out to count. Doubts over whether the race will be run to suit have to be there, as there doesn't look to be any assured pace, but 7/1 is a decent price about her (4's would be my idea of the correct price) and small/medium win stakes will do the job. There's also the possibility that she'll be freshened up by a 4-week break and I'm sure that she can win before too long if putting it all in, which is the big guess. Hopefully she'll go well but I wouldn't be overly surprised by anything here - she could win by a few lengths or she could finish well out the back, that's how unpredictable she is - but at least she's value at this price.

Island Legend has been banging his head against a brick wall in some decent all-weather sprints over the last couple of months but the handicapper has relented somewhat, dropping him back to a handicap mark of 75, and now he gets to take a drop in grade - something which is sure to help his chances. Milton Bradley's trailblazing front-runner hasn't won since last April but he has run plenty of solid races in defeat since then and recent efforts suggest that he's not too far away from landing his sixth career victory.

As Island Legend's trainer has said, he is probably better on a quicker surface than Wolverhampton can provide him but it looks likely that he'll be left alone upfront, unless the Kevin Ryan runner reverts to old tactics (which is possible), and that'll massively boost his chances of winning. Dropping back to run in a Class 5 contest is also an obvious positive as all of his 4 handicap wins have come at this level and he's now on the same mark as when scooting in at Kempton in April. His next run came off a mark of 80 over this C&D and it was very encouraging, as he only went down by a bit more than a neck in a C4 contest, which shows that he's capable of defying this sort of mark at this track (has won over C&D but off 69).

More promise can be taken from the fact that Island Legend has been quite strong in the market on his last couple of runs, especially at Kempton last time out when well-supported into 4/1. That race didn't suit him though, as there was plenty of pace lining up and he got nowhere near the front, which hinders his chances in a race of that quality. It did show him to be a horse in good knick though and I'm sure that he's primed to strike, I'm just a little worried about when connections will decide to let him loose again. The Bradley yard are in good form of late though and Richard Kingscote retains the ride, which is important as he gets the best out of the horse. Kingscote is also riding exceptionally well lately, with 5 winners from his last 10 rides and he does as well as any at this track, especially over the sprinting trips.

I'm very worried that the first-time blinkers placed on the well-handicapped Falasteen could suggest that Kevin Ryan's sprinter is ready to bounce back to form after disappointing on fibresand last time out (as he did previously) and if he does exactly that, it could be game over as he'd be likely to blast off in front (held up on only run here). The market will probably dictate what sort of chance he has of winning but current odds of 6/1 look worthy of having a saver on. Island Legend is the much more solid bet of the bunch and although the market should tell its own tale with this one too, I'm more than happy to take a small/medium chance on him registering another career success here. 4/1 is what I'd consider to be his realistic chance of winning and with a bit of luck, he could well oblige. He's certainly talented enough to do that and if the other front-runner is being held up again, we should be on a lively one.