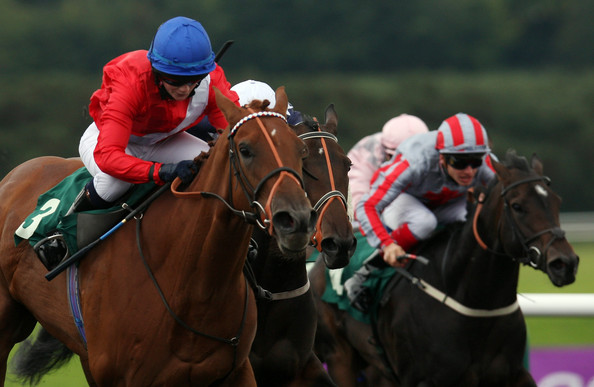 No cigar on Monday. Ivory Silk was completely unsuited by the sedate pace in her contest but she still had a chance in the home straight and ultimately proved that she wasn't good enough on the day. She's an extremely tricky animal and it may be best to avoid for a while now, unless connections find her a race that'll be run at a solid clip - as that's essential to her chances when she's in the mood. This was a disappointing effort though and there's not much else to it.

Island Legend was deemed a decent bet at 6's and I was surprised to see that he was so well-supported in the morning, as he was trading around the 2/1 mark. He was sent off at 5/2 and got an uncontested lead, which is what he's badly in need of. Unfortunately, Kingscote still let him go off too fast for his own good and it all came a cropper in the closing stages, as he lost a couple of places and finished 3rd. There's a race in him quite soon and he'll be supported again when the time is right. Disappointing to have another runner trade odds-on in-running before losing but that's how she goes.

-4.00pts on the day. The previous good luck that I was getting at the start of the month has disappeared.

Some day soon I'll get the chance to say that "this is a great days racing" but it certainly isn't today - as it's pretty much all crap, from a punting point of view anyway. I've found one bet that I think can run well if a few things fall his way and hopefully he can help us return into the winners enclosure - although it's far from a given. Best of luck if you play folks and have a good day.

It's hard to be overly sure about anything in a race of this nature but Salient looks ready to put in a brave bid towards victory and looks overpriced to do so if he can just get a race run to suit - which isn't assured. By right, it'd be absolutely perfect if Michael Attwater's charge wasn't taken on for the lead and was let dictate proceedings but that is no sure thing with a couple of potential front-runners lining up against him. I still don't anticipate that they'll go off too hard and he should be at least favoured by having track position before they make the sprint for home - at which point he'll prove a tough horse to pass if getting the lead.

Salient comes here on the back of a fine effort at this track, which came over a furlong shorter in a higher grade. He raced up with the pace throughout under Luke Morris and kicked for home rounding the bend. It didn't do him any good though, as he was quickly crowded on both sides and looked likely to drop out of the equation. In the end, he finished in 4th place, just over 2-lengths behind the winner in a contest that's a lot better than this one and it has to go down as a very good effort. The return to a mile around Lingfield should suit, even though he's 0-10 over this C&D (4 places) but at least he does shape as if needing further than 7f at this track nowadays - a trip over which he has won on 3 occasions in the past.

Salient is also well-handicapped on some of his performances around here, as he's now 5lb lower than his last course success and has placed efforts over C&D from much higher marks than today's - which is 70. I think he's just very reliant on races falling into his lap somewhat but he shapes as if he's in good form giving how his last run went, which was also on the back of a few months off the track. Shane Kelly hopping on board for the first time is no bad thing either and the Attwater yard aren't in bad form despite failing to have many winners of late. This fellow could run a big race if things pan out for him and taking 17/2 about that happening isn't a bad idea. 5/1 would be what I'd consider a fair price about him and small/medium win stakes will suffice again. Plenty will need to go right if he's to win but I see no obvious reason why it can't. Of the rest, Grand Theft Equine (13/2) could be lively if adopting prominent tactics.