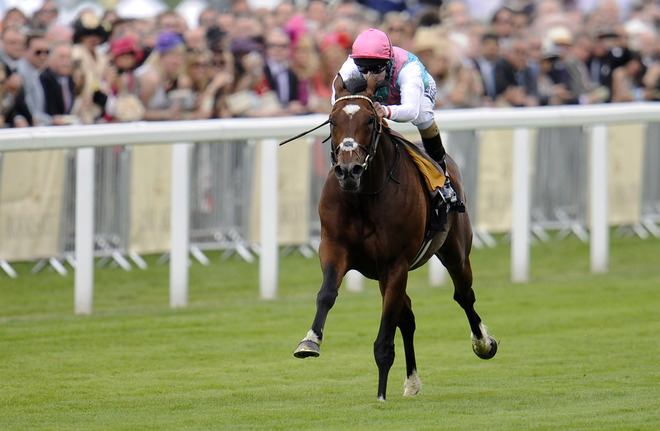 Nothing to celebrate last Saturday, unfortunately. Belgian Bill was smashed in the betting at Newmarket but was reported to have lost his action at halfway, ending any chance that he had of getting involved in the finish. Richard Hughes had him held up way too far back though, and he wouldn't have been able to leave victorious regardless of that mishap. He's a very good horse and there's a big pot in him, I'm sure of that.

Media Hype was well-fancied also, but got outpaced at a vital time, didn't get the best of fortune in-running and didn't get the finest of assistance from the usually reliable Graham Gibbons. I thought that the horse did excellently to fly home for third place and it's just a pity that the ground quickened at York, rather than went the other way, which would have favoured him. It was a good effort and I can't have any complaints.

In the July Cup, The Cheka ran a good race to finish runner-up in what proved to be a poor Group 1, even by sprinting standards. He never had a chance of getting to the easy winner but was second-best on the day and proved that his odds were wrong. Given how crap the sprinting division is, he's one to keep an eye on when getting his conditions at the top level, and when priced wrongly, as is likely to be the case with him quite often given that he doesn't have the most attractive of profiles. Solid effort, just came short.

Another modest day of racing ahead of us but there's one horse worth having a bet on and hopefully he'll go well, get involved in the finish, and preferably win! Have a good day and roll on the better racing/ground.

Not very many of this handicap field are obviously well-treated at the weights on past exertions and taking a chance on Michael Appleby's five-time 2011 scorer, Art Scholar, does not look like a bad idea. There is no doubting that this exposed looking 5-year-old has a lot on his plate off a rating of 82, 5lbs higher than when last seen on turf, but he was improving even more on the all-weather over the winter, when getting a race run to suit (likes a pace to aim at), and a contest like this may be well within his range. Stepping back to 1m 2f is no bad thing (all of last years turf wins over the trip; campaigned over 1m 4f on the all-weather) and he has no problem with the Doncaster course either, having taken this race impressively last season (albeit off a much lower mark). The main reason for my interest is how he performed at Kempton last time out, a couple of weeks ago, when finishing third of 12 behind the gambled-on Rock A Doodle Do. The way that he travelled that day was like a horse who had the potential to be better than his mark and one simply gets the impression that he was outstayed by a pair of runners with more staying prowess. It looks like we will be seeing a truly run race, which will definitely play into our selections strengths and the possibility of decent ground being the order of the day is also encouraging (hopefully rain doesn't scupper that plan). It won't be easy for him to win this, but he's clearly in good form and the booking of Tom Queally looks like an eye-catching one, even though he's a bit of a clown at times. None of the opposition would worry me too much (the market will be informative I'm sure) and if Appleby's charge gets a race run to suit, then he should be up to running well at the very least. Standard stakes apply, it's not a great betting race in truth.