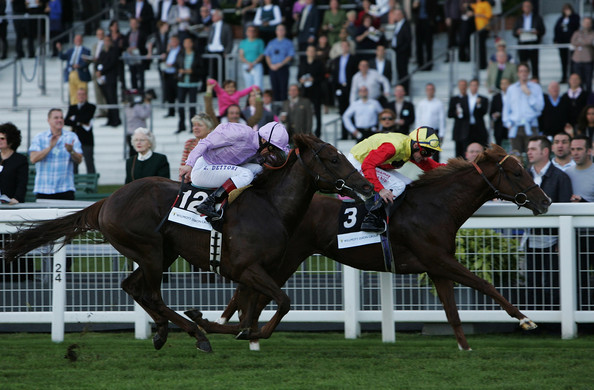 June ended in terrible fashion, with all of our selections ending up defeated and all it could do was add further insult to injury. Unex El Greco ran well to finish in the runners-up position but never had a chance of getting to the winner. It proves that he'll get the trip though and connections will find a winnable race for him before too long, so he's one to keep on side when Buick is back in the plate. No complaints anyway.

Windsor was favouring those on the speed and both Barnet Fair and Borug were held up, which ended any hope that they had in an instant. I'm not giving up on either just yet, especially the latter, who badly drifted pre-race, then missed the kick and was ridden with other days in mind. He's too well-handicapped to leave alone and possesses a lot of ability, which wasn't allowed to be shown this day in any regard.

Diverting ran a nothing race at Newmarket, which is completely unlike her and one can only assume that something wasn't right. She had no real excuses, though maybe connections want a few lbs off her back.

There's rarely much to be bothered with on a Sunday but one of our last time out selections lines up again and I think that she's worthy of taking a chance on at the price. Hopefully this could be the selection to end the awfulness and just give us all a welcomed confidence boost, because I know how tough these losing runs are for everyone to endure and it's obviously the last thing that I wanted to happen. We'll be banging them in again soon and June's losses will be regathered. Have a good day folks and the very best of luck.

Blindly persisting with horses that you've backed before isn't the smartest thing to do but it's interesting to see that Henry Candy is stepping Gosbeck back up in trip to 1m 6f and I can't let this lightly-raced 4-year-old filly go unbacked at the current odds. We supported her when she ran at this track last time out, but she failed to do much more than run up to her mark and was beaten by 5-lengths. Candy's charge is not one that I expect to see cruising along in behind, but she found less than I thought was likely and shaped as if possibly needing the run on the back of what was a seven week break. Connections now turn her out just two weeks later and she will hopefully arrive here in tip-top condition having had that outing. Plenty of encouragement as to whether she'll get this trip can be taken from her breeding and she performs as if it won't be a big problem, though she did bomb out when running over this trip at Sandown last year. It was on soft ground though and she's a good ground filly, plus she was an inexperienced 3-year-old back then, encountering such desperate conditions for the first time. The handicapper is also giving her every single chance in my opinion and has dropped her 2lbs for her latest outing, which is a bit generous on the face of it. I've thought for a while that she can run to a mark in the 90's when on the top of her game and getting things run to suit, so if that's correct and she gets things to suit then she's sure to be up in the firing-line. This is a very tricky race in which a few of the runners are potentially well-treated, but this filly is also in that category and can run a big race if staying the extra couple of furlongs. A decent gallop would be a big help.