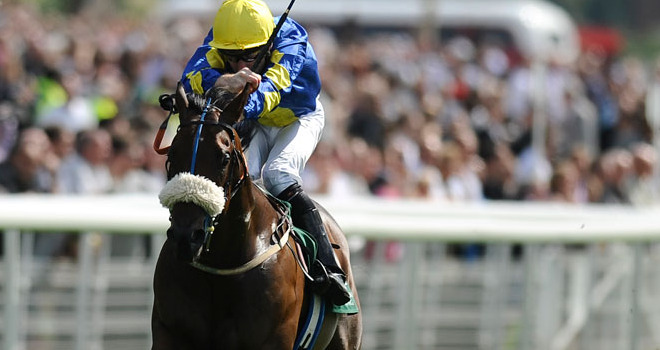 Freddy Q got a race run to suit at Sandown yesterday and he travelled into the contest going quite sweetly, before being squeezed out of it when trying to pick up, and that was that. He wasn't going to win it anyway, but would have posted a better effort if it wasn't for meeting trouble and judging him too harshly for this run wouldn't be wise. I'm sure that he will be back in the winners enclosure before too long and keeping him in mind when there's likely to be a solid gallop from the off will eventually yield a return. He's a significantly better animal than this run would suggest and hopefully the odds compilers underestimate him next time.

Plenty of racing again today, but there's very little that appeals as a betting proposition and we'll only have the one to cheer on. Hopefully he'll go well, get plenty of luck and most importantly, win! Have a good day.

This is a crazily competitive sprint handicap, with just 5lbs separating the huge field on official figures and getting an angle into it is certainly no easy task. Backing hold up performers at York is something that I do not like doing, with front-runners often favoured, but Showboating is one that I cannot get away from and I think that the price makes up for the obvious risk involved. Alan McCabe's 4-year-old is exposed looking for one of his age, having raced on 26 occasions to date, but he has performed very well on all four of his outings since having a short break between the end of February and the beginning of May, suggesting that there may be more to come from him yet. 6f at a straight track on quick ground is what I see as being his optimum conditions and he's getting that now. Also if that's to be proven as being true, then his three runs at Newmarket are in need of making up (two on the July course over 5f). Two of them were placed efforts, but it's the most recent one in a much tougher race than this that caught my eye, when he was seen to be finishing his race out well over 5f a couple of weeks ago. It really hinted that he wanted to go back up in trip and the soft ground that day wasn't exactly helping him either, so there's plenty of encouragement to be taken from the bare performance. This is somewhat easier and Sean Levey hops up for the first time to ride McCabe's charge at a track where he has had 3 winners and a second from just 10 rides. Any market confidence would be very encouraging but for now he's worthy of the usual sized stakes. It's a tough race, but it's easier than the one he ran well in last time out and hopefully career win number three is imminent.