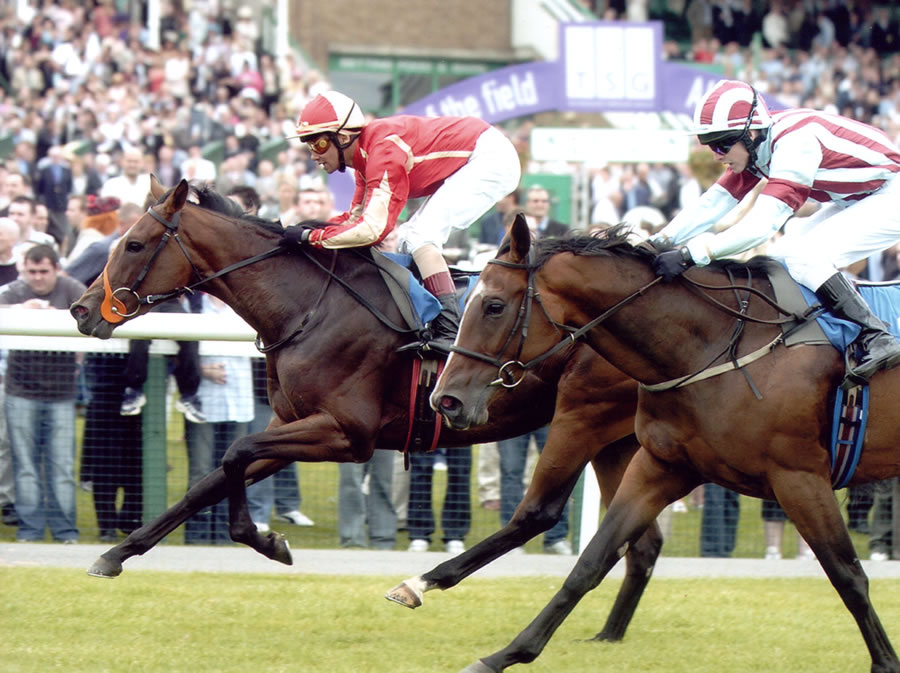 Another hit of the crossbar with Gosbeck, who ran on into second place and looks likely to have booked her future in staying handicaps, as she looked right at home over the longer trip and will be winning over it when ridden a bit more handily. Henry Candy's lightly-raced filly was one of the first off the bridle when the tempo lifted, but stayed on dourly to grab the runners-up spot, never looking stronger than inside the half-furlong under a considerate ride from Dane O'Neill, who knew she was beaten. The winner sadly proved to be that bit too well-handicapped, as the market suggested, but it was still a cracking run from our pick and she remains one to keep onside, though the cat is out of the bag and she's unlikely to be value soon.

Typically, with yesterday being the first time we changed to the new posting time, the site went on the blink (hosting problem; now solved at their end) and we didn't get the selection online until just after 10.30am. However, the market barely reacted for a change and the price held up for an age, which is what we want in order to stop ruining prices before connections have had the chance to get on, if they're going to. That will help to stop drifter/non-trier problem that comes with moving the prices, though it will only be effective in the better races (C4 up, I hope) with stronger markets and we're yet to see what the story will be at 10 but it's a move that will help in the long run and we can always push it back another hour if that suits. The 10am timing should be fine though, I think. Today's selection runs in a Class 5 event so it won't be very hard to shift the price but I reckon that he has a good chance of getting involved, with a bit of fortune, and please God it'll be the one that takes us off the cold list. I am starting to feel more confident about things again, at least, and once the places turn into winners, June's losses shall be recouped before too long. It obviously is not ideal to be doing so badly, but it happens and all we can do is motor on with the methods that have proved successful in the past (if the finances allow, of course). Backing value equals long term success, and that's what we will achieve, even if it may not seem all that evident at the moment. The new members will really have suffered with this run more so than the guys/girls who have been here since the beginning (who should have a nice betting bank in place) but I will, eventually, make it up to everybody. It's a slow burner at the moment but time will prove that we are backing the right horses, I am certain of that.

This one-mile contest should be run at a fair clip and Merchant Of Medici will really enjoy that, though he isn't sure to be suited by the short run for home at this sharp, but stiff, track. He's too well-handicapped to ignore at the same time, having dropped to a mark 3lbs below his last victory, achieved over a mile on the all-weather at Kempton. He's equally effective on turf though and the drying ground will be in his favour, as will the stiff uphill finish, which is something that he should relish if getting into his stride quick enough. It isn't long since this 5-year-old gelding joined the Micky Hammond team, for whom he has had four runs for this season and each of them were encouraging as to his current well-being. The run of most interest came last time out, when tackling a soft ground, four-runner Redcar handicap, in which he was sent off as the 5/1 outsider. The ground wasn't ideal for one and as a horse who needs a nice pace to run at, he was never going to get it in such a small field, so the result that he posted (beaten a length) is very creditable indeed and hinted that his turn wasn't going to be far away. The handicapper is being extremely generous by dropping him a lb for that run, meaning that he can drop back into a Class 5 contest for the first time in nearly two years, and he has won the last two races that he has contested at this level. Garry Whillans is booked to ride for the first time and he takes off a valuable 5lbs, leaving the horse to look even more well-in at the weights off effectively a mark of 70. That booking is usually a positive with this yard (1 win and 5 places from 8 rides) and I think that he's very good value for his claim. There is a worry that this animal will not be totally suited to the track, as he has a tendency to get going that bit too late and the short run-in may not be ideal. However, it's a very stiff finish and the pace should be generous, so he might be able to get motoring in time to run down those who will be ahead of him in the run. Market support would be both encouraging and interesting, with Micky Hammond having won this race a couple of years ago and also had the runner-up both years either side of that with the same horse. It's a modest race really, though if our selection went on the drift I would be very worried. At the same time, connections will surely want to get him into better races once again and the only way they can do that is by getting him up the handicap. He's above this level on his day and if he's readied, then he should be up to putting up a bold show (pace pending!). There's not much room for movement with the price but the usual stakes should be played.