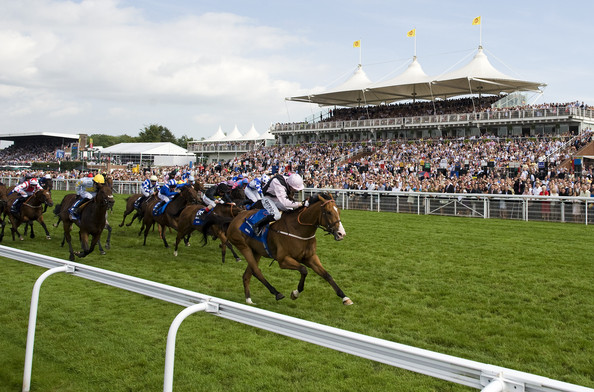 Prince Of Burma failed to land a blow at Kempton, not helped by dramatic hold-up tactics in a race where it was very tough to get into contention from off the pace. It still goes down as a massively below-par effort from one who's usually very consistent on the all-weather and maybe something was amiss, as he surely should have done a lot better than that. Opposing the favourite was proven to be the right thing to do as he got turned over, but sadly I put everyone onto the wrong performer. He's still one to keep on side, though.

I'm tempted to pull down the usual stakes given how bad my judgement is of late but surely it will be back the right way at some point and then I would be kicking myself, so we will just carry on as per usual. There are some decent races today and we'll have three selections. Again, nothing too solid but all should have their chances and hopefully one could oblige, just to end the rot and get everything back on the right track.

It's hard to know what to expect of Courageous now that he has moved from Kevin Ryan to Milton Bradley but he shaped well on his first run for the yard, finishing just shy of 5-lengths behind a well-treated Fahey horse at Doncaster a week ago. That was over 6-furlongs and I simply think that he went off too hard in-front under a not too good ride from Neil Farley. The speed that the 6-year-old gelding showed was very encouraging at the same time and dropping back to the minimum trip should be absolutely no problem, especially at what is a stiff track. Plenty of encouragement can be taken from his form this season, with most of his outings resulting in creditable efforts and the only two times that he has run well below form have been due to other circumstances (zero luck in-running the Epsom Dash & awful draw at Haydock the time before). If coming here in similar form to many of his other runs this season then you'd think that he'd have to hold a good chance off a career-low mark of 81. He's completely unexposed as a Class 4 sprinter (last win came at this level), having been campaigned in much tougher handicaps over the past couple of years and he will eventually land one of these races before stepping back up in grade - he's too good not to. Kieren Fallon being booked is interesting, as he got a fine tune out of the animal when he was beaten just 2-lengths in last seasons Buckingham Palace at Royal Ascot. That was obviously a more demanding test of stamina but he seems to be showing plenty of toe nowadays and running him at a stiff 5f isn't the worst of ideas. The ground is likely to come up on the fast side of good but I don't think he will have much problem with that, and even if he did, it's well factored into the price. The draw is usually important around here and a sit in stall 3 is perfect, so there's no problems there. Overall, he may not be a winner-in-waiting so to speak, but he's showing enough to believe that his turn isn't going to be too far away and everything is pointing towards a good run here. The market will tell more, but for now he's worthy of the usual stakes.

It's hard to know what David Barron is planning with two of his horses lining out in this race, but Graham Gibbons is the man that I like seeing in the plate for him and he's on board Shesastar, who looks sure to appreciate the return to softer ground on a straight track. This previously progressive 4-year-old filly was never at the races last time out, but was set far too much to do by Paul Mulrennan after being easy in the market and she quite simply never looked at home on the firm ground. Previous to that, she ran very well for a long time on her seasonal reappearance, travelling nicely on soft ground at Ascot before finding the 1-mile trip around there that bit too much. That was enough to suggest that she had further races in her this season and the race that she contests today is a hell of a lot easier, and it's at her distance, which is a sure-fire help. She has plenty of Doncaster form to her name as well, having won here twice over 6f, and pushed the then 71-rated Fast Shot to a length this time last year, when shaping as if an extra furlong was needed. She got that next time out, at York, and made no mistake when running out a fairly cosy winner off a mark of 79. I think that her current mark of 85 is workable and that a straight 7f will be her optimum when there's a decent pace on, as looks likely here. It's entirely possible that connections will have their eyes on other prizes later in the season and that makes her an obviously risky bet, but I can't help but think that everything is placed for a good run from her here and taking a punt looks justified. If she's trying, then she has to go close and taking 6/1 about that being the case is very appealing. Hopefully it's all systems go.

This is usually not my type of race but 3-year-old's have won 5 of the last 10 editions of this contest, from just 12 runners representing the age group, and the sole representative, Farhaan, looks to have a good chance of adding to that this time around. John Dunlop's charge was highly thought of as a juvenile and, after a trio of outings last year, ended up being sent off as the 5/2 favourite for the Group 2 Royal Lodge at Newmarket. He failed to justify that price-tag, but looked awkward over the track and must not have been anywhere near his best. He then had a problem over the winter, but came back in flying form with a great run in the Listed Fairway Stakes at the same track, where he was beaten just over a length (in fourth) by Derby fourth Thought Worthy, and the overall form seems solid. He really could (traded 1.12) have won the race, but was in-front plenty early enough and understandably tired coming up the hill. It was at least a very encouraging run, one that suggested he had trained on sufficiently and he should have come on a lot for the run as well (looked as if he would). The Dunlop yard are in a bit of a lull, which isn't too good to see but they got a winner last week and the horses seem to be running well enough. If this fellows run in May is anything to go by then he should be up to running a very big race and he gets a lot of weight from the older males - at least 11lbs all round. That's a certain help for one as physically well-developed as this one and he's the joint-best horse at the weights as a result, though I wouldn't place too much emphasis on that to be honest. Man of the moment William Buick is on board for the first time and he looks an ideal partner for a horse who should be ridden prominently in a race that is unlikely to be run at a furious gallop, so that's an obvious plus as well. The ground is perfect if it stays on the quick side and the track shouldn't hold any problems either. He looks the type to eventually make his mark in Group races (holds Group 1 & 2 entries) and hopefully will do so after victory here. The usual stakes will do once again, given the price.

Result - Non-runner; Pulled out due to the ground softening, thankfully.