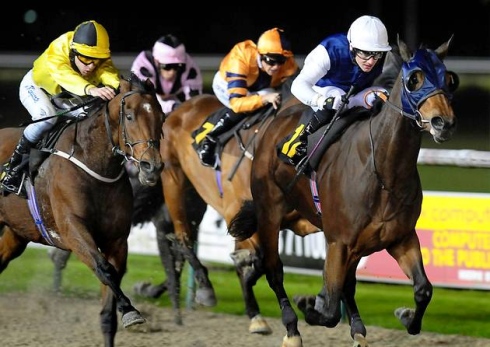 Silvery Moon showed his Doncaster run to be all wrong by running a cracker in the Carlisle Bell, ending up defeated by little more than a neck. Sadly, there were a couple that bit too good on the day but at least there's no hard luck story for me to cry about this time!  He's a horse with loads of ability when the ground is on the soft side and should be kept in mind when getting those conditions. This was a cracking run.

Very few races of interest but Newcastle's feature race ain't half-bad at all and should be an interesting one to watch. I've picked out a relative shorty to side with, but I think that he should be the clear favourite and is worthy of a bet at the price. Hopefully he'll go well, and preferably win! Have a very good day folks.

This should be a serious test of stamina and with many of the field not sure to get home, siding with the stronger stayers looks the obvious thing to do. The Ellison horse would fit the bill but I'm not sure that he'll have enough in reserve to give 7lbs and a beating to Prince Of Sorrento, who has improved beyond all recognition this year, having previously looked modest and relatively exposed. It seems that the ground coming up on the testing side is the reason for his dramatic improvement on turf this season and has led to him climbing 19lbs in the ratings in just a trio of outings, each that bit better than the previous. The first two, which he won, were very easy wins off 70 & 75, the latter by 7-lengths over this 1-mile trip at Yarmouth when the ground was officially heavy and it was visually very impressive, as he just kept bounding away in the latter stages. He proved that run to be no fluke when chasing home a subsequent Royal Ascot winner in the shape of Fennell Bay over a mile at Sandown and could have won that if it wasn't for racing so wide throughout (still finished clear of the rest). The handicapper hitting him with a 5lb penalty for the Sandown run doesn't make things easy but he's clearly on an upward curve and there could be a little bit more to come yet. The ground will be fine today and I reckon that he'll love the Newcastle track if all is well, with the steady uphill climb being right up his street. The price is hardly fantastic, but he really should run well and looks like the best bet in a race where I've got plenty of doubts over the opposition. Hopefully he'll go well.