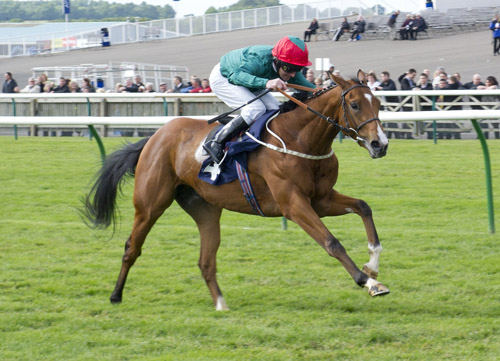 A sad end to Cheltenham with both Toner D'Oudairies and Tanks For That finishing second in the last two races of the festival, ensuring that I came out on the wrong side by a total of 8pts. Both looked very, very likely to win after jumping the last but ended up getting caught up the hill, which is heartbreaking and frustrating at the same time. That's racing though and we'll have plenty more of that, just not too much.

Earlier, Baby Mix tanked into contention in the Triumph Hurdle but he couldn't get home after taking such a keen grip throughout the race. That horse could be a star once he settles mentally and it will be so very interesting to see how he progresses past this. There's loads more to come, that's for certain.

Magnifique Etoile was my other selection and he ran fine for a long time, but probably wasn't experienced enough once push came to shove. He was strong in the market though and should have plenty more to offer seeing as he's a lightly-raced 5-year-old. I'll be keeping a close eye on him anyway, especially in big-field handicaps and a mark of 136 will not be the ceiling of his ability in time.

Back in action with one selection on the all-weather today and he could be a lively one if it's all-systems-go. Hopefully it will be and best of luck if you're playing along. To anyone who has e-mailed me in the past few days, I'll get back to you soon. Just a little snowed under at the moment and haven't been able to get back to everyone just yet. I will before too long though.

It's hard to know what connections will have planned for Frequency but I'm fairly sure that he has all the things needed to be a potential plunge horse in this race and the current best-priced 12's about him look huge. Keith Dalgliesh's 5-year-old has been frustrating in the past, often finding little for pressure after travelling well but he won no fewer than 8 times in 2011 and has dropped back to his last winning handicap mark (of 75) following some understandable defeats.

The most recent of those came over 7f at Lingfield (for which he was very strong in the market but completely unsuited by the slow gallop; pulled too hard also) and although he has a very fine record at that track, I feel that Wolverhampton is much more suitable when he's ridden correctly. 6f is also more his trip when the pace is likely to be strong, so the drop in trip will suit as plenty of front-runners lining up should ensure that he'll get that desired pace to run after. He's also dropping back to a C5 contest for the first time since winning handily enough over a furlong further at this track in November, and that's certainly a positive. He's just a little out of his depth in higher grades and should be much more comfortable carrying more weight against lesser animals in this race.

Overall, I'm so tempted to play a larger stake but a medium sized go will suffice due to this being a C5 contest on the all-weather, meaning that I'm more likely to be wrong than right! I still wouldn't have him down as being much more than a 5-6/1 shot, so he's a cracking value bet at the current odds - although they should collapse somewhat and have been doing so with most firms tonight (RP Spotlight related).