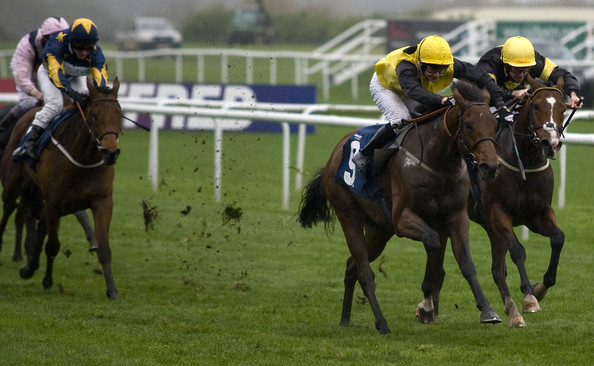 Noble Storm was far too keen and eager to over-race on Saturday that he had no chance of seeing out his race and that's exactly what happened. It was a fairly encouraging run for a long time though and I'll be keeping a close eye on him during the flat season. Fast ground on a straight track will suit him ideally and seeing how open the sprint division usually is, I wouldn't be shocked if he was to make an impression at the very top level. He could be one for the Nunthorpe in August - if connections take him there - and I'm sure that he'd be a very attractive price as well. 5f at York would be perfect, if he gets his ground of course.

Absolute gutter racing at the moment folks and there's not a whole lot I can do when it's like this, because I really try my best to point all of us towards good, value selections that will provide a long-term profit. It's so hard to do that when the racing is so modest and I've learned from past mistakes of getting involved when it's like this, so that's why I don't even bother to take a chance every now and again.

Today's only selection is running in a crap enough race too, so he comes with some obvious risks but is overpriced at his current odds and will run a big race if getting things run to suit. That's where the main risk comes in, because I'm not sure that it will be run to suit but at the same time, I'm not sure that it won't be either. He's what I consider to be a value bet though and let's hope for the best. Have a good day folks.

Plenty of risk involved here because I'm not sure that Billy Red will get an uncontested lead in this modest handicap over the flying 5-furlongs, but it is a possibility and he looks to be worth taking a chance on - at what I believe to be a relatively fancy price. Quite whether this John Jenkins trained 8-year-old is up to winning a race at the moment is beyond me, because he hasn't been at his best in 5 outings this winter but the handicapper has cut him a hell of a lot of slack in such a short space of time, by dropping him to a mark of 67 - nearly a stone lower than his first run on the all-weather this winter, leaving him well-treated.

Billy Red performed atrociously (on the bare figures) over 6f at Wolverhampton last time out and to get involved here, you're really going to have to overlook that run. I'm finding it easy enough to make excuses for him though, as he went off too hard and was always going to struggle to come home with any sort of momentum after going so quick; he was also allowed to come home in his own time after being slightly hampered just after they turned for home. Stepping him back to 5f should help and the return to the faster surface of Lingfield won't hinder his chances either, so I firmly expect to see a better run at the very least.

It's over 2 years since Billy Red last won on the all-weather but he's 17lbs below that success (came over 6f here) and ran a cracker off a mark of 80 over C&D back in November, so at least we know plenty of his talent remains in the locker. Getting him to show his best seems to be a real problem and I've a slight inkling that he's being lined up for a punt, so hopefully the market will be in our favour. There's a strong argument that he's a better horse over 6f but he has so much pace that this trip is never something that I'd expect to inconvenience him and it's more a case of whether he's fully tuned up and able to dictate as he pleases. If he's not and gets overly pressured, he could/will run another very modest race but if he is, he'll prove a tough horse to pass if tearing off in front and hopefully he won't be for catching. A sit in stall 3 will certainly help and 12/1 just looks too big for my liking; I wouldn't have him much bigger than 7's or 8's. As I say, it's a selections that comes with more risk than most but I'll play the usual small/medium stakes and hope for the best. Of the remainder, previous selection Estonia (7/2) will be a lively danger to say the least.