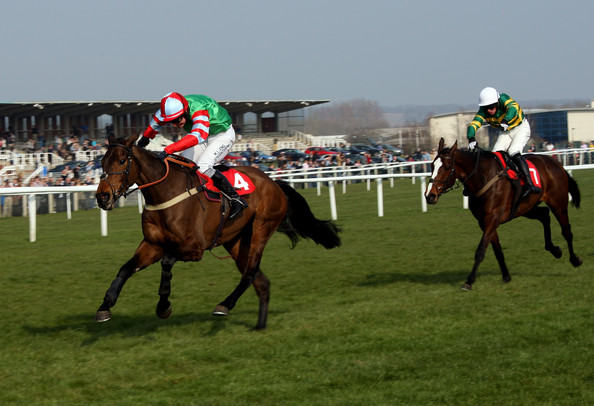 Close but no cigar on Monday as Dancing Freddy got within a quarter-of-a-length of winning his first race on the polytrack surface at Wolverhampton. In the end, he finished 3rd and although only headed in the very late stages of the race, it always looked likely that he'd be pegged back as he went off a bit too fast for his own good. I said that he'll be winning before too long and given the fact that he seems to be in such good knick of late, this effort only goes to reinforce that opinion. He's one for again, when the time is right.

Not a whole lot of decent betting opportunities today and I've only managed to find a single one. He's a risky bet but looks very overpriced to me and should run a good race, barring disaster. Hopefully he could go on to win and it'd be a good way to start March if he could! Have a good one folks and it's not long until we'll be getting stuck into Cheltenham. Can't wait for it, despite being extremely anxious at the same time!

A rather interesting contest in the offing here and the market looks to vastly underrate the ability of Nick Mitchell's 9-year-old Betabob, a horse with more than enough about him to get competitive in this race if putting it all in. His overall record of 2 wins in 34 career runs may tell it's own story and he has finished second on 8 occasions, so he's not the most reliable but good ground is his want and he's unexposed under optimum conditions in this code. Recent form is the only basis for this fellows price, as he was beaten by a few country miles on his last couple of starts but they're very forgiveable given the fact that he wouldn't be suited to such testing ground, especially in what was decent company compared to this race.

This represents a drop in class and connections are now stepping him up to 2m 4f again, which I believe will suit on this quicker ground and should bring out some more improvement, so he could be well-in off 119. This is the same mark that he ran off when finishing just shy of 3-lengths behind Venetia Williams' progressive Renard at Exeter a few starts ago. That horse was running off 124 in the race and has since franked the form to no end, winning easily off 135 when last seen in January. If my selection for today's race can run to a similar level of form to the Exeter race, he looks sure to run well here and 14/1 is a very big price. Quite how he'll be on the back of a 2-month lay-off is beyond me but he was being primed for a return once the ground came good and hopefully connections will have him spot on here. I think that he could be absurdly overpriced but I'm going to go cautiously and play the usual small/medium win stakes.