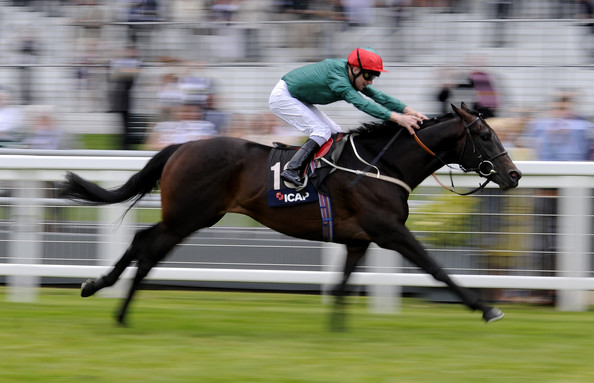 Dancing Freddy finally got his just desserts by taking the spoils at Southwell yesterday, landing a now standard 2pt bet at 6/1 in the process. The race went pretty much as expected, with plenty of pace being displayed throughout and this really played to my selections hands, as he gets further than the bare 5f without any problems. He stuck on gamely to win a shade handily in the end, all of this despite breaking from the stalls a little slower than ideal and he rates as value for further than the bare winning distance.

Seeing as he's an even better animal on turf, he'll be one to watch in that sphere and I'm sure that he'll be carrying my money again. For now, it's lovely to get a win on the board again and the patient tactics are certainly paying off. It's annoying not having the opportunity to punt on a daily basis but all that matters is being a winner in the long-term and all going well, anyone who is a member on this site will be that.

I'm like a broken record at this stage but there's only one selection for today. It's another tough day to get involved in and let's just hope that the one I have sided with will run a big one. I'm still going through the Cheltenham races like a scalded cat but I'm not close to having another selection posted any time soon and the one I did post the other day definitely won't be lining up, so you'll be refunded on him. They're the frustrations of trying to get in early and I'm probably going to wait until the day before the races in order to post anything again, but never say never! Have a good day folks and cheers for the messages yesterday.

Not exactly an ideal race to punt in, as if connections of Mister Green (7/2) or Rezwaan (4/1) have their horses spot on for today, the pair would prove very hard to beat off of their current ratings. Regardless, they're no value given the risks that are involved in following them and the booking of the exceptional Joe Fanning on board the unexposed 5-year-old mare Junket looks relatively interesting. Jon Scargill hasn't had a winner since this one landed a 13-runner maiden back in October of 2010 but, in fairness to him, he has only had 46 runners since then and it'd be unfair to judge him too harshly on his lack of winners, as his string wouldn't be the best around. This mare is certainly one of his better animals and she looks to be a potentially well-handicapped animal off a mark of 70.

When last seen, around 6 weeks ago, Jon Scargill's charge was well-supported over a mile at Lingfield but they crawled along that day and this was completely against her. She also couldn't get a run at a vital stage and failed to land a blow, but still ran an eye-catching race. The handicapper has deemed her to be worthy of a 2lb drop in the weights as a result and that's very lenient. She can take what is effectively a drop in grade thanks to that leniency and on the back of her showing off 72 over 7f at this track in August of last year (possibly an unlucky loser; very strong at the finish), she could be hard to beat, especially if the duo at the head of the market aren't "on song", so to speak (they might be out for a stroll!).

Joe Fanning hopping up for the first time is interesting, as he's 3-7 for this yard on the all-weather and that's obviously impressive given their general strike-rate. He's the ideal man to have on board the filly, as she can look a tricky ride on occasion and I'm always confident in Fanning getting the best out of this type of animal. The other big risk is whether there'll be much of a gallop on, as she'll need as decent one in order to be at her best but it seems a possibility and I'm happy enough to take the chance at the current odds. The long home-straight will also play into her hands and I'd mark her realistic chance of winning to be around the 4/1-9/2 mark. Small/medium win stakes will suffice again, given the obvious risks, and hopefully Junket will do the business. Of the rest, a big run from L'Hirondelle (11/1) wouldn't surprise.