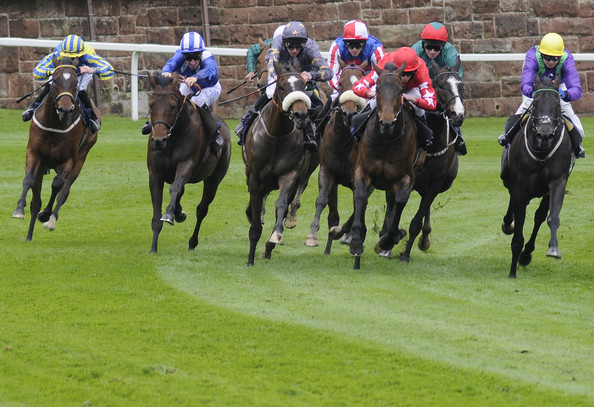 So close to banging in a winner with Junket yesterday but, unfortunately, she was stopped in her run early in the home straight and ended up with too much to do. Once in the clear, she finished exceptionally well to get within a bit less than a length of the eventual winner and it's really a case of what could have been. She had drifted out to 9/1 as well and is most certainly one that got away. I'm not overly pleased with Joe Fanning for numerous reasons but he has done me many a good turn in the past and I'll let him have this one! Absolutely gutting though and we should have been celebrating another victory but alas, that's life!

Just the one again and he's a risky bet (might be one for other days). He is at least capable of running a big race and is overpriced at 14/1, so taking the gamble looks to be worthwhile. Hopefully he'll run well and preferably win the race! Have a good one folks, it's not long until Cheltenham. Slowly getting there...

There's not many certainties in this race but it seems likely to be run at a furious gallop, even for the flying 5f's standards, and that should suit West Coast Dream to no end, assuming that he's safe and sound to line up. The reason I say that is because he flopped over C&D when last seen about 6 weeks ago on what was his first try on fibresand, which would usually lead to one thinking that he just didn't handle the surface (of which many don't). However, given his sire's fine record here and the horses preferred slower surface, I didn't think the he could put in such a dismal performance without having a valid excuse and it seems like he had exactly that (alongside the fact that he was hampered in the early stages).

After the race, it was found that he had bled from the nose and that pretty much explains the disappointing run. Having had a nice little break since, he should be able to give a much better account of himself and this is a significantly weaker heat (carrying more weight against inferior animals more suitable too). Being drawn in stall one might not exactly be ideal, as the horse could do with some cover if connections aren't planning on letting him stride on from the front, which is what I'd like to see happen. Regardless, I'm fairly sure that Roy Brotherton's West Coast Dream can win off his current rating of 85 and looks to be vastly overpriced as a result of understandably flopping last time out. The market will guide our chances and let's hope that it speaks favourably. For now, small/medium win stakes should be played and hopefully he'll run a big race. He's certainly capable and looks to have plenty in his favour at the very least.