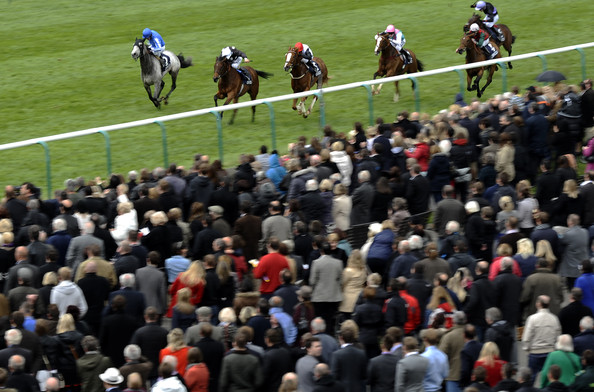 Dazinski was ridden exactly as I had hoped in the Chester Cup but just didn't seem to handle the ground and hadn't a chance of getting home after that point. He was most likely outclassed in any regard and will only be considered again when tackling lesser contests. Plenty of money came for him just before the off (28's into 16/1), so connections must be quite confident that he has a win in him off a mark around 90 and I would be as well. He remains one to keep on side for this year and hopefully we'll catch him sometime.

Poor ol' Confessional looked like he was going to be an unlucky loser once again when getting caught for room as the field turned for home, but it didn't hinder him in the end and he powered home for what was a fully deserved victory. Given his quirky ways, it may well have helped him to run into trouble and I thought that Paul Mulrennan gave him a fine ride, and would stick by that statement even if he had of been denied. It was brilliant to pick out a three-pointer to win and it couldn't have happened to a more deserving animal.

The talented but frustrating Noble Storm was the one that I really expected to perform best out of all of our bets. Unfortunately, that just didn't happen, as he was too keen for his own good once again and had little chance of getting home on that ground after over-racing through the early stages. Sticking to the rail after they turned for home didn't really help and he ended up being swamped by the closers, which was hardly a surprise. The return to a straight track should help him and I'm willing to overlook this run despite being really confident beforehand. The Group 1 Nunthorpe is the race he must run in and he's going to win it!

It was nice to end the mini losing run yesterday and here's hoping that we'll begin to kick on again soon. They are as frustrating as anything (ask Tom Segal!), but it's impossible to beat mathematics and they'll pop up from time-to-time. Learning to deal with them is the acid test and if you don't have a proper betting bank in operation, it'll be very tough to take. I am certain that we have a massive long-term edge over the layers though and nothing will take that away. Patience is key, but nobody here seems to be lacking in that department, based on the feedback that I've been getting and that's absolutely brilliant. Without the correct mentality, and ignoring the emotional attachment to the money side, it's impossible to go far in this game.

We're going in the right direction and hopefully another nice step will be taken today. I've managed to find a couple of selections, neither of which are particularly solid given their quirks but both are talented and capable of winning their respective races. Whether they will or not is well beyond me, but they are decent value bets and worth a punt until it no longer exists! Fingers crossed for another win and have a good day.

Quirky horses are always of interest to me, mainly because you never know what they have left in the tank and that applies to the John Gosden trained Robemaker, who strikes me as the type who hasn't given his best to date for one reason or another. From 8 outings in handicap company, this 4-year-old colt has just a solitary win to his name and that's not good enough for a horse who has so much raw ability. That win came off a mark of 79 last year, suggesting that a mark 91 wouldn't be too easy for him to defy but he did finish 2nd on his following pair of outings (off 85 & 87), with both hinting (to me) that he would eventually make up into a mid-nineties performer at least. His dam didn't win a race until she stepped up to 1m 2f for the first time and that's exactly what her son is doing today. It's a trip that he is almost certain to get if his running style is anything to go on, although this track won't test it too much given its very sharp nature. The soft ground will help at least, as he seems to thrive on it and the likely solid gallop should also play to his strengths. John Gosden's yard are in good knick too and his runners do well at this track, so hopefully there'll be another winner to add to the slate here. The horse should improve for his seasonal comeback, in which he ran an eye-catching race and there doesn't look to be many excuses for him here. 6/1 looks to be a decent price about him and the usual stakes should be played. Barring disaster, he'll go quite close.

The other selection was at Goodwood, which was abandoned. He's one for again.