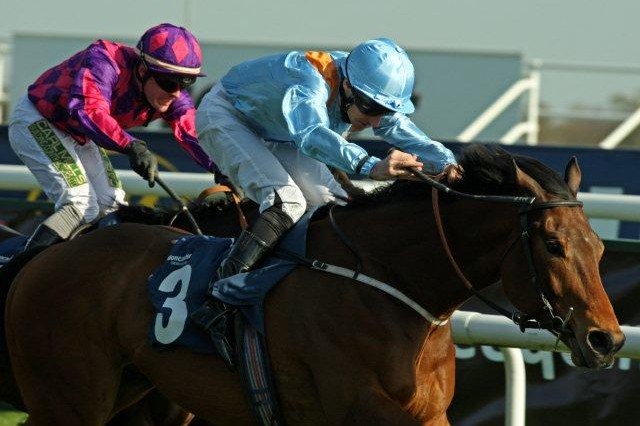 Plenty needs to go in your favour to pick winners in the big handicaps and unfortunately nothing went right for the frustrating Fathsta on Saturday. It all resulted in a dismal effort but can be forgiven seeing as it was impossible for him to get into contention from where he was positioned. The handicapper is likely to give him some more leeway and although he hasn't won a handicap for quite some time, he will be winning a decent one this year, mark my words. Some good luck will be needed, but by Christ is he due a lot of that!

Just the one selection for today's awful racing. Wouldn't be overly confident of anything due to the yard he is from, but I would be if the money came and I was assured that he was "trying". He's a worthwhile value bet anyway and could run a big race, with a bit of luck. Have a good day folks and roll on the better racing.

David O'Meara is a stunningly good trainer and Robert The Painter is exactly the type of horse that he can excel with. This former Richard Fahey trained 4-year-old has a rather in-and-out profile and hasn't fulfilled his potential just yet. There's no doubting that he's in the right hands now though and if wound up on what is his seasonal debut, a big run has to be on the cards from a career-low rating of 79. The market is going to inform us about what can be expected and if there's little movement there, I can't say that that I would be too optimistic about our chances but the current price does make it a risk worth taking. As a juvenile, this gelding won first time up when running over 6f at this track. That came on quicker ground than today's, but he has a liking for testing conditions and combining that with a straight 7f is ideal - especially as it's likely that there will be a decent gallop from the off (which he will certainly require). His only other outing at this track came over C&D and resulted in a half-length 2nd to a progressive type when rated a pound higher than he is now. The race wasn't completely run to suit him either and if he comes here in a similar vein of form then I find it hard to see him not finishing in the frame. That's the main problem, as you never know when this yard will have them primed to strike. At least this one has no issues with going well when fresh and connections look to have found a race in which he can pounce, because I don't think the opposition are up to much (some are also hilariously underpriced). The yard being in quite good knick is yet another positive and they've a 25% strike-rate (4-16) when Danny Tudhope is the man in the saddle at this track. It'd be easy to ramble on about this fellow all day but quite simply I think that he'll be winning races this year, is handicapped to win this one, should be suited by the conditions and is likely to have a race that's run to suit. Overall, a price around the 7/1 mark makes the unknowns (whether he'll be ready/trying, etc) a risk worth taking and the usual stakes should be played. If he doesn't win this, he'll be winning very soon.