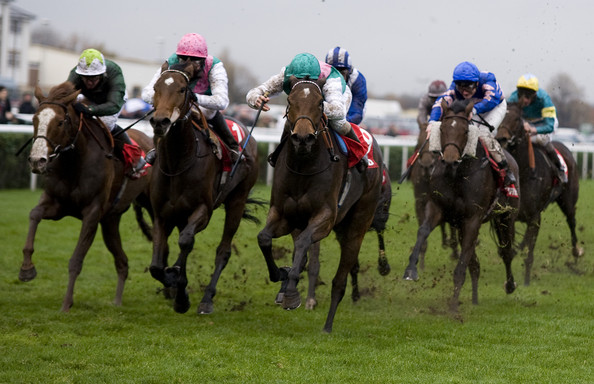 Another Wise Kid was strong in the market at Redcar, which was very encouraging given the yard that he represents. Unfortunately, he could never quite get involved but still managed to post a respectable effort by coming home in 3rd, a neck behind the runner-up and a couple of lengths behind the easy winner. I am sure that he will be able to play a hand in some decent handicaps once conditions quicken up again and into the notebook he goes. His owner may not have had the best of luck over the years, but he has a nice sprinter on his hands. Hopefully he will get the chance to cheers him home in a decent sprint this season.

Ramona Chase is one of the most infrequent winners in training but that doesn't mean that he's lacking in quality for when the right opportunities arise and they surely did today. As we had hoped, the race was run at a frantic pace and although a bit keen early, Attwater's charge was travelling better than anything as they got into the last half-mile or so. This has so often been the case throughout his career, but he does stay very well and the race-pace ensured that he was going to be finishing off as well as any of the rest. He got headed slightly going into the very late stages but still rallied gamely to get back up, under a fine ride from Nicky Mackay. That was his 4th win at the 64th attempt and he's certainly not an obvious one to follow up!

Relieving stuff yesterday, with that winner saving me from losing my marbles (albeit stupidly!). Plenty of losing runs are going to come about from time-to-time, as I always try to tell myself and others, but its a lot harder to take when confidence is sky-high and you're expecting things to go the complete opposite way!

The biggest battle in this game is in the mental department, with confidence being everything, and the bad times just seem to take a larger toll on me (previously I wouldn't have panicked at all) since we have went private. I'll learn plenty from each one of them though and in the long run it will help us to make even more money. We have an absolutely massive edge on the market and just need to be patient in order to keep seeing it come to fruition - now I personally just have to listen to what I preach! That winner was needed.

Today's racing is simply garbage but I've found one bet for us to take a punt on and fingers crossed for a big run. The market will tell us plenty and if it doesn't speak in our favour, nothing would surprise me. The horse will be winning races this year though and hopefully she's lined up for this one. Best of luck folks.

The stronger the gallop, the stronger the chance of Griffin Point and hopefully this 5-year-old mare will get a nice pull into this race. The main problem with this sort of race is that it's bordering on the impossible to decipher who will be out to win and who will not. Similar comments can apply to backing a runner from the William Muir yard, as his horses are extremely tough to gauge, but that doesn't take away from the fact that he is an extremely capable handler and he will surely find a winning opportunity for this speedy mare over the course of the turf flat season. She made her seasonal debut at Windsor in a 6f apprentice handicap, which came on the back of a few months off the track. The soft ground that day was quite simply against her, as was the trip and how the race panned out, so you can draw a gigantic line through it. One can only imagine that connections wanted to get a run into her, one that would see the handicapper drop her a bit and that's exactly what happened as she received 2lbs worth of respite from him. That leaves her running here off a mark of 59, which is very workable based on numerous pieces of form throughout 2011. Today, the quicker ground conditions are going to help to see her in a much better light, although I'm a bit worried that this outing may just be a "look at me, I'm back to form" sort of run before connections line her up for a punt on another occasion. Everything about this race is likely to suit her though and taking a chance at the price is justified. Martin Dwyer taking over from a female apprentice (albeit a decent one) is a big positive and the yards horses seem in decent knick this month (3 winners, 3 places, 26 runners). The chances of this selection being a winner aren't exactly massive but they're not as big as the price suggests, so we'll play the usual stakes in the hope that it's a going day for the mare. She's certainly capable of winning this.