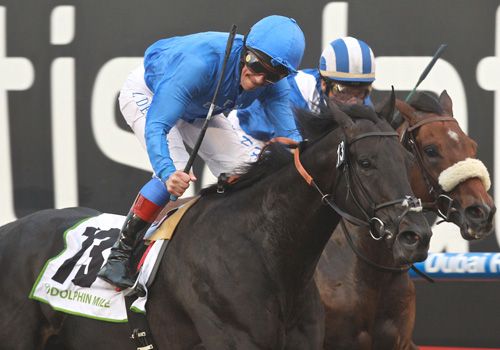 Citrus Star was easy to back prior to his engagement at Goodwood, but that didn't stop him from putting in a very good performance to finish 3rd. I wanted to get involved in the contest due to not believing that the favourite was fairly priced and sadly that proved to be incorrect, as he sluiced up and was not for beating regardless of what my selection was able to realistically achieve. This run still represented a nice return to form and seeing as the race didn't pan out ideally for him, he will certainly have more to offer quite soon.

I thought that we were going to land the jackpot as Prince Of Burma cruised into contention in his race, at which point he traded near the even money mark, but unfortunately his effort flattened out somewhat in the closing stages and he came home in a close-up 6th place. To make matters worse, the one animal that I didn't want to win ended up scoring a shade cosily and as is so often the case in this game, I quickly went from feeling like I made a great decision to feeling like a big clown! Oh well, that's how she goes, typically.

Astromagick was the last runner of our day and the best surely did wait until last, as Mark Tompkins' filly justified very strong support (6/1>7/2) by scoring gamely. In all honesty, she shouldn't have been winning this race given how slowly it was run and that's proof of the raw ability that she possesses. I was quite surprised to see how well she was travelling coming into the closing stages, as the race had developed into a sprint for home and the last thing I expected to see was her swinging on the bridle. As one would expect from a strong stayer, she found plenty for pressure once Eddie Ahern pushed the button and then discarded of her main rival inside the last half-furlong. There's more to come and she'll be winning again.

Quite an enjoyable day's racing yesterday but no such luck this time around, as it's fairly crap to say the least. We've still got a couple of selections to get stuck into, although I'm going to sing the usual tune by urging caution with them (one may not be trying, the other may not be good enough, yet!). At least they're worthwhile bets at the prices and who knows, we may get lucky again. Have a good day folks and roll on Saturday's racing. We should be having a few bets and let's hope I don't balls it up again like last week!

I can't seem to get away from horses that reside in gambling yards and again, we're going to have to take a chance by hoping that connections of George Baker will have their charge out to win it, because you just never know what they'll be up to. There's plenty of encouragement to be had though, not least the fact that Frankie Dettori is booked to ride for a yard that he's 5-13 (38% strike-rate) for on the turf. Indeed the single time that he rode this 5-year-old on turf resulted in a victory, last July, and it was interesting to see him on board again at Kempton last time out, on the all-weather. To say that Frankie gave the horse a tender ride would be a large understatement (although he probably had no chance in an unfavourably run race) and I hope that he was just on board in preparation for landing a touch somewhere else. Dropping back to this 7f trip will certainly help and a step up on the form of his only turf run this season would see him having a decent chance of getting involved. On that occasion, over 7f at Doncaster, this fellow travelled very nicely in rear before keeping on well to the line despite the ground being a bit on the slow side for him. The quicker surface that he'll encounter at this speed-demanding track is ideal and hopefully he will get a nice tow into the race, because it'll be needed. In truth, nearly half of this field interested me in one way or another but the George Baker trained animal, who shares his trainers name, looks to have more in the locker than he has shown of late and he's taken to regain his previously progressive ways. Usual stakes will do as per.

Oneladyowner has it all to do to prove that he is capable of playing a hand in a race with as formidable opponents as this contest possesses, but David Brown's 4-year-old remains a lightly-raced sprinter that should eventually make up into a mid-nineties rated performer at least. That may well sound like a stupid thing to say based on the bare form of his last trio of outings, a couple of which were at the back-end of last season and the other coming a few weeks ago at Doncaster, his seasonal reappearance. All of those drawn low in the Doncaster race hadn't a hope of getting involved due to a massive pace/track bias, and my selection for today's race was one of those who failed to be sighted. Eddie Ahern was up top that day and didn't give the horse anything like a hard time, which will stand him in good stead. He is expected to come on for the run as well and we should be seeing a much better performer in operation now, as long as he gets a bit of luck with the biases that so often prove crucial in sprints. At least we know that he has no problem with this unique track having produced both of his career-best runs here, when winning off 81 and being a fairly unlucky loser off 85 next time out. Neither of those races had the quality of opposition that this one has but the market leaders are rather underpriced and I have to take them on with something as a result. David Brown's charge is the one that most interests me at the prices and with William Buick booked, a big run could be in the offing. Whatever about today, he's a horse to keep an eye on and will be winning a decent race or two before the season is out. The usual stakes suffice again and here's hoping.