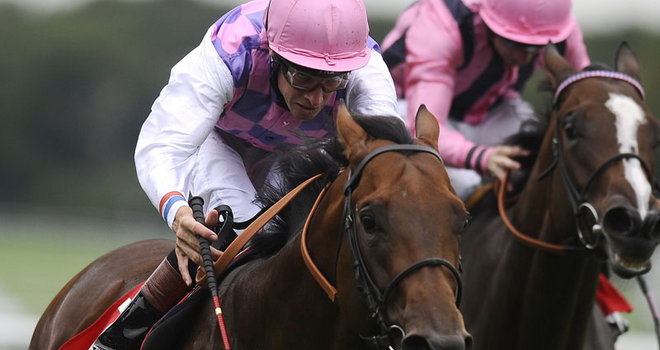 Jonny Lesters Hair was strong in the market on Saturday and ran a fine race to grab one of the lesser placings by finishing in 4th. It didn't really matter what he did because the eventual winner proved the be way ahead of his mark and wasn't for beating at all. I thought that my selection could have been ridden differently in order to see him perform to something like his best but he was easily outpaced in the end and a return to further looks likely. It was a solid effort and there's no complaints from me, for a change!

Short write-ups for today as I've left myself a little short on time and I'm in need of a good sleep! It's yet another uninspiring day of racing and unfortunately all I can recommend is a pair of tentative selections that could go either way. They're nice prices though and talented animals in their own right, so here's hoping for the best. It'd be nice if things got back to normal soon - the weather is really hindering our money-making fun! Oh well, we'll have plenty of that I'm sure. Have a good one folks and best of luck.

Giving 3lbs away to all of his rivals won't make things easy for King Torus, but it's not an impossible task either and this Richard Hannon trained 4-year-old looks overpriced at his current odds. Like the majority of runners at the moment, the main worry is how wound up he'll be on what is his first outing of the season and connections will surely have their eyes on bigger prizes throughout the year. The same can be said about most of this field though and the Hannon team should hopefully have him forward enough to run a big race. Returning on a right-handed track will most certainly suit and although unproven on this surface, there shouldn't be an issue there. It looks likely that he'll get a race run to suit as well and the returning Richard Hughes being on board again is a big plus. Overall, the market leaders are too short given their chances and this previously most-impressive animal may have enough about him to give them all 3lbs and a beating. It's not my type of race though, so I'm just going to have a small bet and hope for the best.

Accession had a much tougher race than ideal when making a winning return this season and hopefully he will be over that by now. On that occasion, Clive Cox's 3-year-old colt was sent off as the 4/9 favourite in a 3-runner conditions race against a couple of rivals that he shouldn't have had many problems in taking down. However, the unsuitably soft ground at a track that wouldn't really play into his strengths caused him to run below the level that he should have and that's the main reason why we're able to get such an attractive price about him today. Despite being a very useful juvenile in his outings last season, I expect that he'll prove to be a lot better this time around and could make an impact in some good races, better than this at least. Whether he'll prove capable of handling the all-weather is beyond me but the track will suit if the pace is generous enough and that looks likely. He should come on for having had that outing nearly 3 weeks ago and Adam Kirby being in the plate at a track that he rides so well is a positive for sure. The usual stakes will suffice here and hopefully he'll prove to be good enough to play a part in the finish.