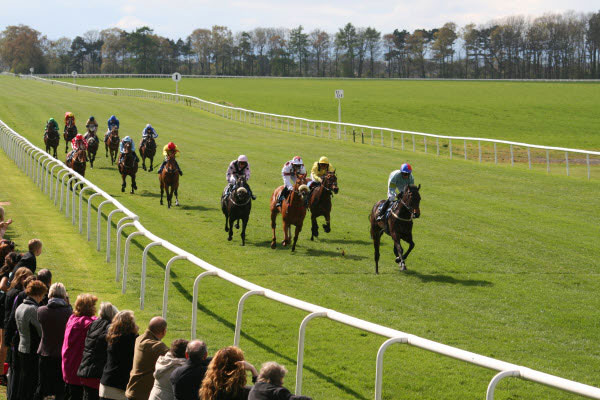 Kaldoun Kingdom could only muster a 4-length eight of 20 in the Portland on Saturday, ultimately proving too slow to get involved and there aren't too many excuses for him. Racing without much cover would not have been ideal, but he looks like he is in need of 6f nowadays and he will be getting that in the Ayr Silver Cup this week. Whether he'll be worth a bet or not depends solely on the price and a good draw, but I've got an ocean of horses in mind for the three big sprints at Ayr during the week and it will be hard to know who's worth a bet and who isn't, with plenty of runners that I've got an affinity towards lining up. He will be considered anyway and won the race back in '09. To see him winning it again wouldn't be a big surprise.

There was plenty of money for One Scoop Or Two through the morning, then he drifted worryingly in the later stages of the betting, before being backed in again with a couple of minutes to go. The betting was odd, as was his performance because he dropped out tamely despite getting a race run to suit, having not been forced to go off too hard at the head of affairs. His jockey gave him an easy time of it once they were headed, but the way he folded within a few strides suggests that something wasn't right. He's one to keep an eye on, with the Wolverhampton run showing that his turn isn't too far away and the yard usually pick up a few winners at this time of year. It was a disappointing effort, but he was going to be a 2pt bet but for the early money reducing his price and that saved us a few quid, which is the only positive to take out of it all!

Just the one for today. His profile suggests that he's a risky proposition and in truth he is, but he's more than capable of popping up with the right result and looks vastly overpriced to do so. Hopefully he will go well and preferably win! Roll on Ayr too - I'm due to get one of the big sprint races right! All the best folks.

Solar Spirit is a tricky one to catch on a going day and is the all-or-nothing performer that his form figures would suggest, however, he's exceptionally talented whenever he's in the right mood and looks worthy of support here in a race that should pan out to suit. Tracy Waggott's 7-year-old didn't show too much when he was last seen but that came over 6f at a straight track and he quite simply does not give his best when he's away from a turning track (5-30 around a bend; 0-27 on straight tracks). Since that poor run at Ripon last time out, he has been off for a month and that's no bad thing, given that the Ripon effort was his fifth in as many weeks and his thirteenth of the campaign, which may have left him a bit over the top by that stage anyway. He should be coming here as a fresh animal who's ready to roll and now returned to a turning track, may be able to bounce back to something like his best. If anything, he has been better than ever in 2012, scoring twice in a season for the first time ever and getting within a short-head of landing a third race when running over 6f at Pontefract four runs back, at the end of July. It came off a mark of 83, which represented a career-best run on RPR's (Racing Post Ratings) and showed just how useful he can be on his day. This race is somewhat easier, given that it's in a lower grade and he's now rated 81, with Shane B Kelly on board to take off a further 5lbs. Kelly has won on him twice, including off 80 at Catterick back in June and the pair are certainly not out of it in handicapping terms. 7f at a track like Thirsk is fine (has gone well here over straight 6f) and he's well berthed in stall 3. The likelihood of a good gallop will help, as he's a very keen-going animal who can often ruin his chances by pulling too hard. He will probably take a good tug anyway, having not raced for a month (last four wins gained from breaks of 10 days or less) but I can't let him go unbacked at the current odds given all that's in his favour now and will just have to hope that his freshness won't be his undoing, despite it being a certain possible. He's definitely good enough to record a win in this competitive handicap off his current rating, if on song, and is overpriced to do just that at 20's. I would be looking towards the likes of Mingun Bell and Mon Brav (his price went fast) as the big dangers.