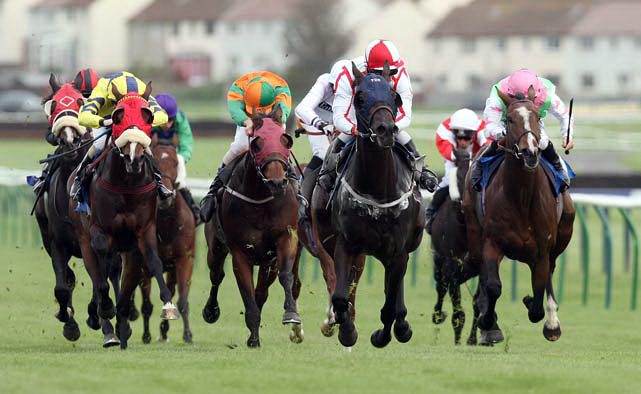 Take It To The Max ran a nothing race at Ayr, never travelling or staying on as he can. Tony Hamilton kept him to the far rail in the straight, away from the others bar one, and that was a pointless move. That wasn't going to matter anyway in all likelihood, with the horse just running flat and well below his ability. It may be that he has regressed somewhat this year, but this was a fairly hot contest on desperate ground and I will give him another chance if connections find a suitable race for him soon. He'll qualify for 0-85's again and on his day, is a classy act at that level. This was an awful effort in truth, but clearly wasn't his true running.

Three selections today, in each of the Cup sprints at Ayr and I'd be an even bigger fool if I said that I was overly confident of landing on a winner. However, if my judgement is to be right then they'll have a chance and hopefully one could be lucky enough to oblige. Best of luck with your bets folks and have a good day.

Posted this on his last outing, five weeks ago;

Tipping Fast Shot is something that I was never keen to do (superstitious reasons!) but, if ridden correctly, he has a better chance here than the odds suggest and hopefully I won't have jinxed him completely. The Tim Easterby trained 4-year-old has been in great form this season, winning twice - including over C&D - and running many a fine race in defeat. His 2012 form is deceptive, making it look like he needs a bog to end up victorious but that's not the case in my opinion and he just needs a really good pace to run toward, which looks a near certainty here. The overnight rain will help, as will his sit in stall 6. There looks to be a lot of low-drawn pace for him to run after and if ridden intelligently, by that I mean keeping him prominent, then I think that everything will pan out beautifully for him. If he's waited with in mid-division or worse, then I'd give him no hope at all but let's hope that is not the case. His recent form is solid, with many excuses being there for his last trio of defeats and he comes here on the back of a good C&D effort, where he was beaten by just 2-lengths despite not getting his desired pace to run at. He's going to get it here and even though a mark of 90 makes things tough, there's more to come from him and not many well-handicapped runners are lining up in opposition. This C&D is ideal for Easterby's runner and if getting some luck, rain and a good ride, then he could have an excellent chance. 14/1 underestimates him and here's hoping.

Fast Shot was modest that day, but my biggest worry came about as he got help up towards the rear and it's blatantly obvious that he's a much better performer when sent off to track the pace. Added to that is the sheer toughness of making up ground from off the pace at that course, so we're best to just ignore the run altogether. It's good to see that he has had five weeks off the track, having had 11 outings between April and the middle of August, which would take its toll on any sprinter. That will have freshened him up really well for this, a race that has been in mind for him for quite some time and as luck would have it, the rain has come at the right time. He showed just how useful he can be on testing ground when winning a quite decent Newcastle handicap at the end of June, a shade cosily off a mark of 86. There's no doubting that he had plenty in his favour that day, being drawn next to the favoured rail but he's positioned in stall 3 of 27 today and that mightn't be a bad spot to hold, depending on whether he's on the right side. Tim Easterby's yard are a bit hit-and-miss at the moment but he does exceptionally well at the track and Fast Shot will be trained to the minute for this race. It's just a case of whether he's good enough and on the right side of the track, but at 20/1 he has got to be worth a small go with ground conditions being in his favour, a course to suit and the strong possibility that he will get a proper tow into the race. I'm obviously biased towards him, but the reason I got involved (for a small/never told anything percentage!) is because I think that he could make up into an Ayr Gold Cup candidate and hopefully that'll be next year, after winning the Silver Cup first.

Colonel Mak doesn't possess the class of some of today's opposition in this massively competitive sprint handicap, but at the same time the rating reflect that and he's a very classy individual in his own right, one capable of running a big race here. Today, everything looks primed to see him do that and David Barron's 5-year-old did finish fourth of 26 in the race last year, off today's mark of 99, so it's not like he doesn't have previous of running very well in contests like this (won Silver Cup in 2010). If anything, he looks better than ever this year, having won a Doncaster handicap off 98 and he then followed that up with a close-up third of 24 at Newmarket, off 104, when chasing home the then 102-rated Maarek (is 12/1 here; rated 114) at a venue that I don't believe to suit him as much as Ayr does. He made a bold bid when finishing fourth in the race last year, making the running up the stands' rail until giving way inside the final furlong, only finding the favourite too good for him on his side. He has what could be a better draw this time around and with him looking a better horse this year, he may be even harder to get past this time around. Graham Gibbons is on board now too and the only time he rode the horse this year resulted in a conditions' stakes race win a few starts back, though that isn't form to get excited by. Gibbons is one of my favourite jockeys when he is on a trier, and it's just a pity that it's so hard to know when he is! This one will be trying anyway! It's just like the previous bets, in which we'll have to hope that he's good enough on the day to win what is a crazily competitive race. Based on some of his runs this year, and his run in the race last year, he could well be.