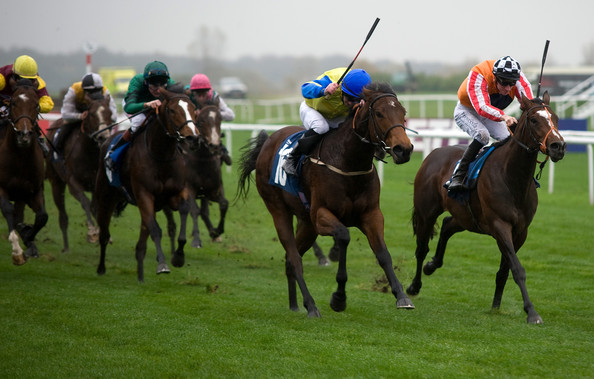 With regard to Move In Time on Saturday; having had time to look at it a few times, I would say the ground ruined him as much as anything else. He looked completely uncomfortable on it when let down and the way he was running around suggested that he was feeling something. He's much better than this outing would suggest obviously (only a couple of lengths behind runner-up Masamah the time before when not getting things to suit on quick ground at Nottingham) and he's one that could earn us a pretty penny this autumn. Will be interesting to see where he heads next. He's in the Ayr Gold Cup but to my eyes is a 5f specialist and must be kept to that trip. His run on Saturday was too bad to be true, but sadly horses can make us all look like idiots on occasions and I certainly looked like one there. It was not for the first time!

Anyone who backed Start Right each-way can feel aggrieved. He would have finished in the places with a clear run and after that, who knows. He's obviously a tricky customer, but ultra-talented on his day and is deserving of a nice race. The race was made more annoying as we backed Labarinto when he last ran in May. He showed nothing that day, having acted the maggot in the preliminaries but was gelded after and clearly had the ability to win off his mark. It's just a pity that so much had to be taken on trust and I couldn't side with him as a result. It's not often that a horse of this ability, who's trained by Sir Michael Soute, goes off at 16/1. He could make up into a Group performer, as long as his behavioural problems do not return.

Kyllachy Star ran his race, doing really well considering the pace never collapsed and had looked like he could even win it turning for home. He hasn't won this season but is attractively rated and handles most ground, so should be monitored until the end of the season. He's so hard to win with though. Annoying.

A couple of decent races today. Not overly confident about anything but both selections are overpriced and capable of winning if getting a bit of luck. Here's hoping that they do. Take it easy folks, have a good day.

It's impossible to know why Amazing Amoray hasn't been seen for over three months but the most of it may been down to the weather and hopefully that's the case. Previous to his break, in three outings this year, David Barron's lightly-raced 4-year-old had shown plenty of promise, strongly suggesting that he wouldn't have to wait very long for handicap success number one but that bid obviously had to be put on hold for one reason or another. His best performance came when we backed him in the middle of May, when tackling 7f at Newmarket. He was really strong in the market that day, under Ryan Moore, but was ridden from the front (I had hoped they'd use patient tactics) and proved to be a bit too headstrong. He got headed with a couple of furlongs to go but stuck to the task really well, seeing out the trip easily and just found a couple too good on the day. His next run wasn't so good but he had a few excuses there and it's not exactly a stick to beat him with anyway. Today, he returns to the scene of his sole success and whilst that was only a weak maiden (over a furlong shorter than today's trip), he won it easily and defied a lay-off of nearly a year in the process. He was never stronger than at the finish on that occasion and 7f at this track could be ideal, especially with the ground riding on the fast side of good. Graham Gibbons is again booked, for what looks to be his best ride at the track and he's the main man I want to see in the plate for David Barron, who has had 4 winners from just 8 runners at this track since 2010 (first visit this year). It definitely won't be an easy race with so many horses lining up in opposition (16) but if Amazing Amoray is readied to win (market will be massively informative) then he should be there or thereabouts off what I believe to be a very attractive mark of 77. I want to play more than the usual stakes, but better play it safe!

Apollo D'Negro is yet to win in 2012 but he has been running really well in the main and could be primed to strike in this decent 6f handicap. Clive Cox's 4-year-old gelding is a rather tricky one to win with, two of his three career victories being dead-heats and the other was a poor five-runner handicap at Folkestone. However, he has plenty of really good placed form to his name and is certainly able to win off his current mark of 78, it's just a case of whether he puts it all in or not. This race will be run to suit at least, with a lot of pace being likely from the off and as a strong traveller, he will relish it. The track should be no problem either, as he ran really well over C&D as a three-year-old (off 75) and is a better horse nowadays. The Cox yard picked up a good bit in August as well, having started the season slowly (nearly as many winners in the last month as in the previous four) and their runners should be in for a strong end to the season, with plenty of well-handicapped horses lurking in the ranks. This one is not exactly handicapped to bolt up but he's very good on his day, travels like a horse who should be rated above his current mark and should be suited to how it all pans out. At 11/2, he rates as a decent value call and will hopefully get into the mix.