Best Bets of the Day 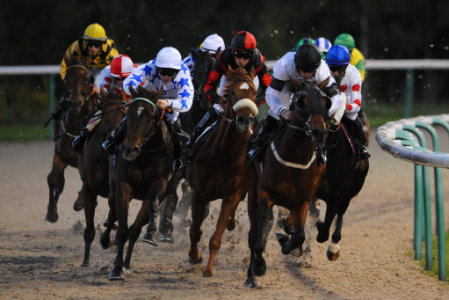 No cigar yesterday. Ereka was well-positioned in her race but they went slow throughout and she just couldn't go on when the tempo lifted, negating any advantage she had by being close up. In the end, she wasn't beaten by too far and held on to 3rd place, so I feel it was a very good effort in the circumstances. She'll be winning a race before too long, when getting a good pace to run after, and I'll definitely be interested again depending on the price.

Al Aqabah was also the victim of a slow gallop, as she pulled very hard throughout and couldn't quicken when it mattered. She's always going to be a risky proposition but could pop up again over the winter and will be another to consider when there's a good pace on at this track. The eventual winner was the Jamie Spencer ridden Sweet Secret (10/1) and I said that she "would be a very interesting contender with a kinder draw" and that "a small saver on her mightn't be the worst idea ever." Pity I didn't take my own opinion seriously!

One selection today running at Wolverhampton. He's only a short price and a risky one but should go well close if getting some luck. Cheers to all who look and best of luck.

Ad Vitam was an obvious eye-catcher last time out when running over a sprint trip on polytrack for the first time and if he's in the same mood here, he should go very well. That run was over this C&D last week and in the end, David Griffith's charge was 2¾ lengths behind the winner in 4th place.

Having been caught wide throughout (could be similar story from wider draw today), he covered more ground than anything in the field and probably would have won if it wasn't for an inexperienced 7lb claiming jockey being on board. In the end, he ran into all sorts of trouble when brought into the pack to try and get a run but finished very well on the bit.

I'm obviously crying out for punishment by backing him with the same jockey on board from a wider stall but if the pair can get some luck in running, Claire Murray could be celebrating her first career win as a jockey after the race. It's a bet full of risk but at 9/2 it's one worth taking a small/medium chance on.