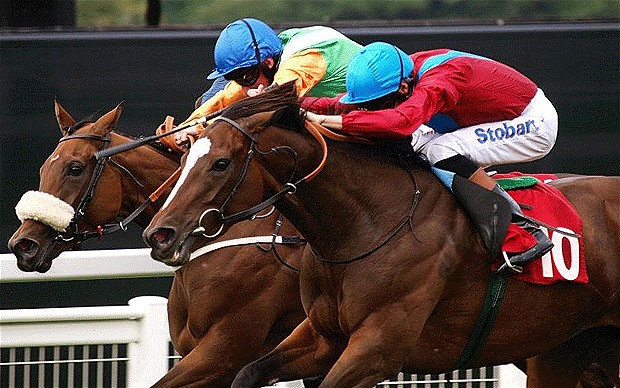 Close but no cigar on Wednesday. Shalaa Asker ran a belting race at Nottingham, always moving well and settling so much better than he did at Chelmsford. I thought he was going to come through at give us an 11/1 winner but making his challenge against the far rail probably wasn't the optimal place to be and he couldn't quite reel in the Varian horse (who, including claims, was getting a stone). Annoying not to get a return but it was a mighty effort and now that he's back on track, he can win soon enough.

Plymouth Rock was the other selection and he was a solid value play, shortening from 20/1 all the way into 13/2, but sadly that doesn't always yield the result you're after! In the first time blinkers, he raced on the keen side of things and probably just did too much too soon. I also have a feeling the ground was lively for him and there's enough in place to forgive and forget with a view to hopping on board at a nice price next time. He should be eased in the weights a tad as well, which will do his chances no harm.

Siding with Silver Diva is something of a shot in the dark but John Gallagher is prone to having plenty of nice priced winners and is a fine handler of sprinters. Indeed, this filly's dam won 8 times for the yard and whilst he'll do well to get this one to repeat the trick, she hinted at having ability over 6f here last August. That came on testing ground over a furlong further but the winner won a Listed race next time to earn a rating of 103 and the runner-up finished second in the Mill Reef before going well for a long way in the Dewhurst. Her two runs since haven't been as good but she may have needed the run at Kempton last month and will probably be happier back on turf. Dropping in trip shouldn't be a problem and if first time cheekpieces have the desired effect, she could go well from a mark of 59. I'll take a punt at 16/1 and hope for the best!

This isn't a bad little sprint but the lightly-raced Bimble has the potential to make up into a decent handicapper and is hopefully straight enough to do herself justice. She won her maiden first time up last season and was then off for nearly three months before finishing second on handicap debut in a 0-100, so has previous running to her best when fresh, and with just five career starts under her belt it's highly likely that we haven't seen the best of her. 7f on heavy ground in a Listed contest around Goodwood didn't suit last time and she'll be a lot happier today on decent ground at a speed track. If they go hard enough up top, she should be travelling along strongly and hopefully the fitness is there to boot on when needed!