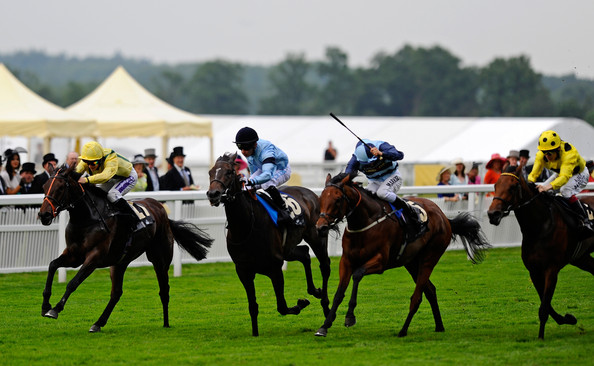 Absolutely nothing came from the back in Silver Diva's race and as such, I'd be mark up her run. She did best of those in rear and she's the type who wants to be handy anyway, but it wasn't possible the way things panned out. There was money around and from her rating, it won't take long for her to go closer to winning. I think there's plenty more to come and will keep an eye out for where she's entered up next.

Bimble was heavily supported on Betfair before the off which had me excited. Sadly, reality told a different story! She didn't seem as forward as the market expected, sitting in a good position and holding every chance before weakening into fifth. Nothing was going to beat Edraak anyway and it might be no harm that she couldn't perform better. Given how she can move through a race, her next turn won't be too far away.

Overwrite is a typical Mark Johnston performer; game, best from the front, prone to some violent form swings and can never be supported with any form of certainty! However, he looked like he was edging back towards a proper level when runner-up at Newcastle last week and I'm not sure the All-Weather surfaces are his thing either. Quick turf isn't a problem and given his forward going run style, he should enjoy galloping here (front runners often don't come back!). Franny Norton takes over from an apprentice and 5/1 is fair.

Michael Dods doesn't run too many at Newmarket and Blackheath is an interesting contender on his debut for the yard. The 6-year-old had plenty of good form when trained by Ed Walker, winning four times (including off today's mark). He goes well fresh, so I'm not bothered by the break, and I always thought he was better than a high 80's performer. If the stable switch has sparked him to life, he could be in for a good season and with no weight on his back, plus Hollie Doyle up, he could go better than 14/1 suggests.

Invincible Larne doesn't have quite so far to travel as he's trained by Mick Quinn and I wouldn't be surprised if he could play a big part in this 0-95 despite being well below the ceiling. The 5-year-old posted some sound efforts on the All-Weather over the winter and should still be hard-fit from those exertions, which is an advantage over some of these. Getting onto turf again shouldn't be a problem and I think he has got quicker as time has gone on, so the drop to 5f is interesting. Anyway, at 12's he's worth a shot.