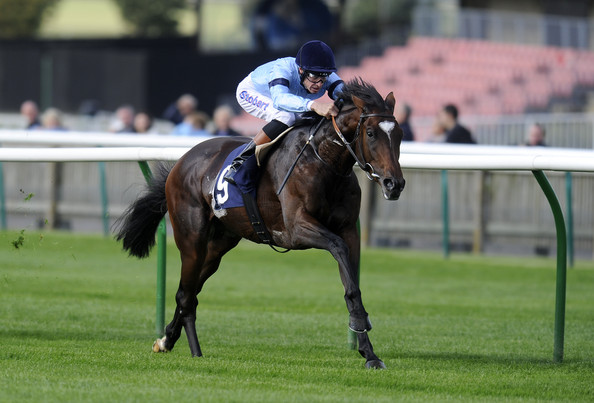 Sometimes everything pans out almost exactly how you want it to and Overwrite was a case in point, getting a handy time of it on the lead, dictating the fractions and holding on late when the challengers tried to press. Franny Norton judged it to perfection and whilst things won't always go as well for him, he's talented and could win again. All ground seems to come alike, which is an added bonus!

Blackheath and Invincible Larne ran very similar races; both slow to stride and outpaced before making absolutely zero headway! There'll be plenty of bets when after a hundred yards you feel like an idiot and the two of these slot into that category. With regard to future plans, Blackheath remains of interest to me despite this performance and I'll probably leave Invincible Larne alone for a while.

Nice to get a winner, not nice to get two finishing out the back! Onwards and upwards.

Stone Circle had some all-over-the-place form in 2020 but he ended it on a winning note when scoring by a nose on soft ground at Ascot. The injection of pace he produced to go clear coming into the final furlong was very impressive given the underfoot conditions and I wouldn't be surprised if he was capable of better as a 4-year-old. How fit he'll be is anyone's guess but the yard seem to be in fine order and one of the top riders of this course being booked catches the eye. Hopefully they'll be in with a shout.

No rocket science involved here but I think Northern Express will be a major player off a mark of 80. The Michael Dods inmate made the perfect start to his career when winning over C&D last August and wasn't disgraced when second under a penalty a few weeks later. His handicap debut at York was a disappointment but not every horse takes to that venue and maybe he had enough done for the season. Back here in a weaker grade having been gelded, hopefully he'll get everything back on track with a victory.

Jawwaal is levels above all of these at his best and if he can bring his A game, he should be winning this. Now, circumstance and all that goes along with it could make life difficult but he showed last June that running to his best when fresh isn't a problem and the form of the yard adds hope. The ground will be perfect, as will the nature of Beverley's track, and if the pace in strong enough to aid his smooth travelling ways, only misfortune in the run or a lack of race fitness should cause him trouble.