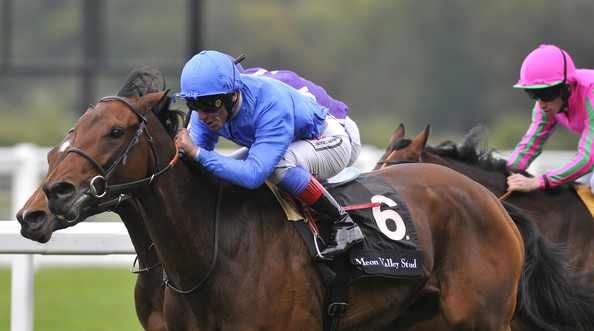 Seconditis is a terrible ailment, although when they're beaten on merit it's not as annoying! The first bet of Thursday, Significantly, had to settle for the runner-up spot and it's a pity as he ran a storming race from the front, looking to have them all in major trouble coming into the closing stages. Sadly, an evidently thrown-in Godolphin horse ran him down and that was all she wrote. Top effort, however, and he'll win a nice handicap.

Abate was the other to finish second and he was smashed in the betting, going from 14's into an SP of 5/1 (was as low as 3/1 during the day). That was encouraging and he went through the race quite well, but got chopped off by the eventual winner and it was going to be a tough task to catch up without that interference, never mind with. A solid return and he won't have an issue with heading back up to 6f.

I will be keeping an eye on Praxeology as I think there's a handicap in him soon enough and he ran OK for a time at Ripon. It's possible 7f on a turning track is his optimal scenario these days and his next outing should tell us more. Akmaam was a big disappointment and I don't know where he'll head from here, but he's obviously a lot better than that and can get back on track in calmer waters.

Apologies I couldn't get posting bets yesterday, a teething one year old put paid to my plans of going through some races! On the plus side, the two horses I was most interested in got beaten, so no harm done.

Carlovian won on his fourth outing of 2017 & 2018, and won on his third outing of 2019 & 2020, and this will be his third spin of 2021 so hopefully he's peaking right about now! Both of his runs this season have yielded 8-length defeats but they were over the minimum trip and he's far more effective racing prominently at 6f. He won over C&D last June off 1lb lower and being drawn high is often a positive on the straight track here. We have to hope he's in some sort of reasonable form but I think the price makes him worth the risk.

Foad is another of Mark Walford's representatives and he has fitness to prove having been off the track for 162 days. It's impossible to know whether he acts fresh either as last year's return came over an unsuitable trip and the previous one was his debut (showed little in novices full stop). He had a few encouraging runs after joining the yard and is very attractively weighted off 50, 9lbs below his sole success. I like the booking of Kevin Stott and it has the shape of a race that could suit him. Hopefully he's in there pitching.

Dick Datchery was miles out of his depth in a 0-95 at Doncaster a few weeks ago and pretty much tailed off. However, he's down in a 0-75 for the first time since he won at Ayr and that coincided with a drop in grade following an atrocious run and a visor replacing cheekpieces. This time blinkers go on in place of the cheekpieces and if they liven him up as much as hoped, there's no doubting he can go well. I'm slightly worried the track might not be his bag but you can't have everything in place, so we'll hit and hope!