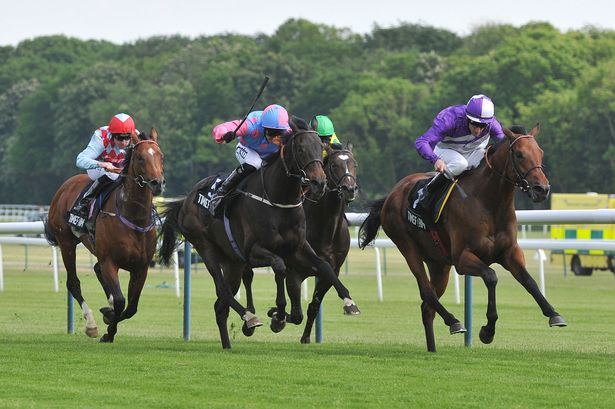 I don't mind backing losers, it's part and parcel of the game, but Adayar felt like a nice 10/1 winner that got away. The costly aspect was being slow to stride, as he ended up with a position further back than was ideal and at various stages, got lit up in behind horses. He finished fast into second but the prominently ridden winner wasn't stopping and the line came too soon. Fairly frustrating, to put it lightly.

Dingle bounced. There's always a possibility of that happening after such a quick turnaround but I was obviously hoping it wouldn't happen!! The race seemed to be panning out perfectly as well and he had an optimal position, unlike Adayar, but once the taps were turned on he was going backwards. Safe to say this was not close to his true running and if Hannon can get him back to form, he'll win a good handicap or two.

Siding with Dulas could be a waste of a point as there's limited proof that he's capable of mixing it with this calibre of handicapper but he has been on my radar for ages as one who may end up better than his mark. His 3-year-old campaign finished up a bit of a disaster as he flopped on his return, went missing for a few months and never got rolling in three late season spins, but he has been gelded since, returns off a mark of 80 and a fast run 7f on quick ground should suit him ideally. If he's fit, I think he can get involved.

Soul Seeker faded away tamely on his stable debut for David O'Meara but that was quite a hot race for the grade and he went fast enough up top to think that setting such a pace and lacking race fitness caught him out. He should improve for the run and cheekpieces, worn for the first time at Redcar, are removed. That may help as well and from 2lbs lower in a 0-70, it would be disappointing if he wasn't able to keep going for a lot longer this time around. Any price around and above the 6/1 mark is fair enough to me.