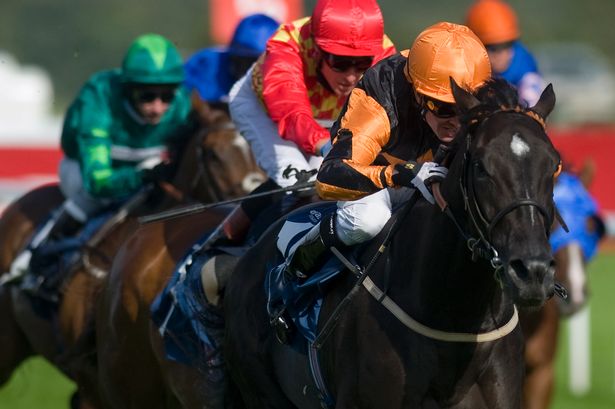 It's always a decent day when your best bet actually wins! Bickerstaffe did the trick this time around with a comfortable Ascot success and Cieren Fallon deserves a lot of credit for a perfect ride, getting the horse covered up before switching to the near rail when things got serious. That move probably extended his superiority which isn't great news when it comes to the handicapper but ensured he couldn't lose this.

Too Friendly was a big price but I thought he ran quite a good race in a hot affair. Sadly, his positioning after being restrained early doors was mediocre and he had an impossible task. It was probably impossible regardless of where he raced but you never know and all I'm certain of is that he would have done better if he wasn't so dramatically waited with. He's a nice horse with the scope to pop up in a decent handicap.

Toronto ran reasonably well at York. He wasn't the quickest away but at least managed to avoid rearing as they broke and that was a help! He travelled along quite smoothly and looked threatening at one point, but then got outpaced and couldn't catch up. His keen-going ways will leave him potentially vulnerable wherever they go next but he's able to run in 0-75's now and will surely win one of those soon... maybe?!

Prince Alex moved along well but got hampered when it was livening up around him and the game was over not long afterwards. He's much better than this performance suggests. Additional couldn't get near the lead and seemed to spit the dummy out, not travelling a yard. A run to ignore on account of that but he's fast becoming a horse to ignore, although I may be tempted in again sometime at fancy prices.

Once again there was no shortage of pace from Son And Sannie, who needs a few 3f & 4f races to be added to the calendar. He couldn't sustain his run - which is a recurring theme - and it might be worth getting him back around a bend. If that doesn't work, I don't know what else they can do bar collapse his mark! Any hopes connections had in getting him to progress and run up a sequence would seem to be gone.

Fame And Acclaim was very useful over in Ireland when trained by Joseph O'Brien and appeared to be better than ever in his three turf runs this season, a close sixth in the Irish Lincoln before two seconds over the same C&D. He has since joined Les Eyre and got set a tough opening task in the Royal Hunt Cup, which didn't work out great. He wasn't disgraced, however, and the firm ground probably isn't what he's after. This surface should be more to his liking and on a turning track, I think he can bounce back to form.

Since impressively defying a penalty on this season's return, Top Rank has had some tough outings, twice running in Group 1's behind Palace Pier before attempting to concede 5lbs to the well-ridden Century Dream at Windsor a couple of weeks ago. The ground at the Royal meeting was probably on the fast side for him and that adds hope for a form turnaround with Sir Busker, whilst this being on the round mile might suit him better as well. At 11/2, despite his regular rider having to go to York, he's a fair bet.

Count D'Orsay had gone onto my list of horses to leave alone for a while after punting him at Newcastle a couple of runs ago but I can't resist a shot here at 20/1 given how well he ran in a Group 3 at Sandown last week. That was despite getting further forward than is ideal and the tactical scenario likely to present itself here should see him sitting deep before looking to close late on. The tempo should be consistently hard throughout and whilst a career-best is required, he has been better than ever this term.

Fundamental is an interesting contender if he can put it all together back on a better surface. John Gosden's charge will make his handicap debut off a 6lb well-in mark following his fifth in the Jersey at Royal Ascot and that was a cracking effort on ground more demanding than he'd care for. He didn't get an ideal tow into proceedings either and it's possible to make a case for upgrading his performance. Improvement for experience is on the cards and with luck in the run, he'll hit the line hard. I like his chances in a hot race.

In a wide-open John Smith's Cup, Dark Pine is my play at a price. He was a no-show at Royal Ascot but that was a mile-and-a-half trip, which he'd be a seriously doubtful stayer over regardless, and came on heavy ground. Before that, he posted a personal best to score off 4lbs lower around Chester and that was in spite of the track and his running style making life more difficult than it needed to be. Whether he's good enough to mix it with some of these, I don't know, but at 25/1+ I'm more than happy to find out.

This is a brilliant renewal of the July Cup and Method could upset the party if he can cope with a low stall (perhaps not the ideal place to be). The 3-year-old looked like he was going to be a major talent early last season before bombing out in the Middle Park and then found 5f too sharp when second to Winter Power. I thought he made a solid return to action behind Rohaan & Dragon Symbol at Haydock, shaping like the best horse before his fitness caved in. He should be ready to show his true worth this time and is overpriced.